If you are worrying about Harper's .208 average at Harrisburg, then you aren't seeing the bigger picture. We take a trip to Richmond and find that Harper's gaining valuable experience in Double-A that you can't measure in numbers.

Share All sharing options for: Bryce Harper Is Learning Something In Double-A That Numbers Can't Tell You

RICHMOND, Va. Coming into Richmond, Va. from the Southwest, you get sense the once-proud jewel of the former Confederate States of America has fallen on hard times. Blocks of old storefronts containing the whispers of a Southern architecture long lost are derelict and empty. On nearly every street corner stands a person with a cardboard sign asking for help. It is a city that still feels like it is being punished for a rebellious spirit it once embraced long ago.

You can say much of the same thing about Richmond’s minor league baseball stadium: "The Diamond," home to the Richmond Flying Squirrels (San Francisco Giants' Double-A affiliate). It was once a superstructure of youthfulness and promise, but its stained stone is now old and tired. Its walkways are too narrow to support the ever-growing population of obese Americans. Its concourse reminds one of the drab outfield bleacher concourses that once served at old Yankee Stadium. 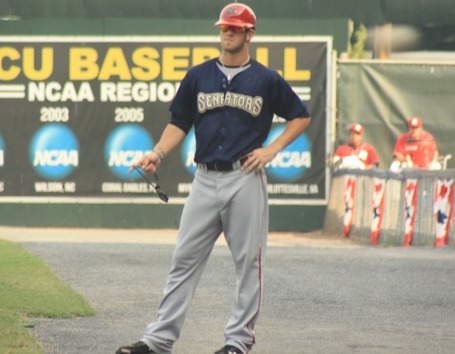 This is the atmosphere in which Washington Nationals phenom and Harrisburg Senators outfielder Bryce Harper found himself last weekend. A rebellious spirit in his own right, Harper is feeling a little punished by his ascension to Double-A, hitting just .208 in his first handful of games. He hasn’t been teeing off on the pitching as easily as the fastball heavy Low-A-ball teams of Hagerstown yore, at least not yet. This is not a cause for worry. The 18-year old Harper is playing with guys much more his senior, and he has historically struggled at first when moving to a new level of play.

Harrisburg played a doubleheader with the Squirrels on Sunday night and while Harper sat out the first game, misplayed a flyball in left field in the second game and went 1-for-4, it seemed just to be all in a day’s work for a kid still learning the ropes.

This is not to say he wasn’t disheartened or doesn’t care, because he was and does. He knows he isn’t playing to the standard to which he himself holds himself up. Little things like a flip of the bat after a strikeout, a quick look of disappointment on his face after not making a catch or throw correctly or a moment of staring off into the horizon over the outfield walls dreaming of what could have been show that. These small mannerisms have acted as a sort of snapping of a rubber band on his wrist, like an anger management technique. Regardless of the endless critiques about his character, ego and maturity, and regardless of everything he does being put under a microscope, Harper ultimately remains focused on the game. The fact that he continues to learn and actually seems to grow from his development is perhaps more valuable than any stat he can gain in Double-A. 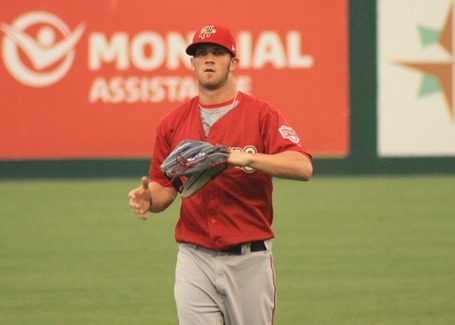 I had the pleasure of watching Harper for nearly 30 days and 30 nights in March as he took part in his first big-league Spring Training. As talented and surprisingly mature a kid as he was then, you could see he was like a kid in a candy store and had no idea how to take it all in. He played a fast-paced, high-energy game that bordered on reckless, but man was it fun to watch.

Watching him in Richmond over the weekend, there was a different kind of Harper. The new Harper was more focused (if that can be possible). The world of professional baseball and the hype surrounding him was no longer hitting him like a tidal wave. He wasn’t drowning in the distractions, the naïve and reckless energy some of these kids take into the game and the toils of having to go through the minor league system. He actually seemed to be funneling it all, taking what he needed and ignoring what he didn’t.

In Spring Training, he didn’t truly know or understand what was going to happen to him. It was all new. He was a boy in a land of giants. Was he going to go through the rounds in the minors, or was there a chance to make the team right out of Viera? He seems to know now, and that understanding has begun to turn the wheels of the machine that will propel him towards that ultimate goal of the majors.

Has he met his match in Double-A pitching? It's still too early to tell, but he impressed Richmond fans with how hard he actually hits the ball and how terrifyingly fast and aggressively he carries out each play, even when the play is near impossible to make. Harper is taking his licks and punishment, but is staying true to his competitive spirit and rebellious nature. Stats and averages aren’t stopping him as he gains something more valuable: an awareness of the game and himself.

Perhaps Richmond and Harper are more kindred spirits than they realize. 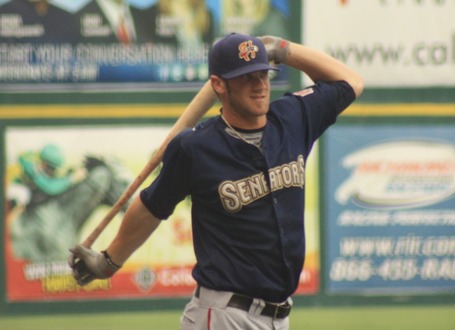 All photos by Andrew Kinback.