It was only a matter of time until someone asked Jayson Werth about the beer special at Duffy's Irish Pub where you can buy a Papst Blue Ribbon, Miller Lite or Bud Light for the price of Werth's batting average. FOX Sports' Joe McDonnell has stepped up to the plate and posed the question to Werth. Werth's response?

"Hey, that's the ups and downs of the life of a (public figure)," he said in the visitor's dugout at Dodger Stadium. "There's always going to be people saying and doing negative things, especially when a player is struggling."

BO-RING. In more exciting Werth news, the Bowie Baysox handed out a Werth bobblehead before their game last night. 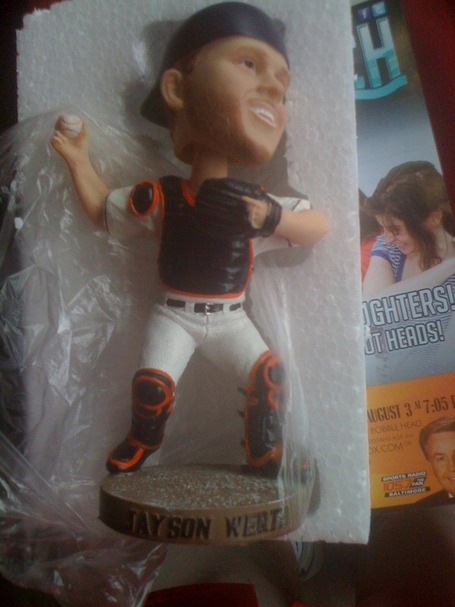 That's via @_JakeRussell, and it shows Werth as a catcher, which is how he came up with the Orioles' organization. With the Harrisburg Senators (the Nationals' affiliate) in town Monday night, it was the appropriate time to give it away.

As for the Nationals, they'll give away this Werth bobblehead on Saturday. Hey, anything to get him hitting again. 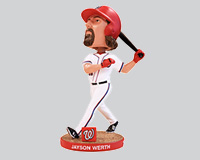