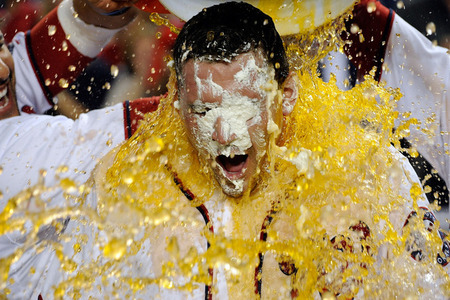 If you are a fan of all the D.C. sports teams, you were roughly four times as likely to be watching the opening game of the John Beck era than the Nationals' thrilling six-run rally in the ninth inning to beat the Phillies. That means you probably missed Ryan Zimmerman's game-winning grand slam, followed by Zimmerman getting both the pie and the Gatorade treatment. The photo above pretty much sums it all up.

There was also the stark contrast in the way Bob Carpenter described the play on TV and how Charlie Slowes did so on the radio. That and more images below the jump.

Carpenter: Zimmerman! That's a fair ball. Grand slam. Game over. Nationals win, 8-4. (long pause) How does a six-run ninth-inning on a Saturday morning sound to you?

Slowes: Swing and a long one. Deep left field! Waaayy back! It is ... GOOOOONNNNNEEEE! Goodbye! Goodnight! Bang! Zoom! A curly W is in the books! The Z-man has done it again with a game-winning walk-off grand slam, and the Nationals come back with six runs in the bottom of the ninth inning! 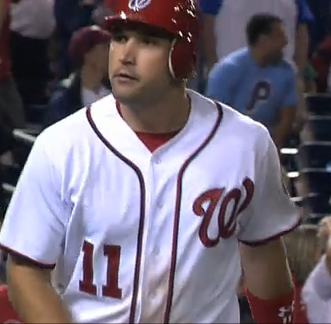 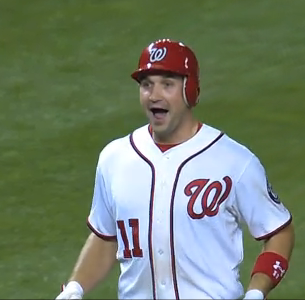 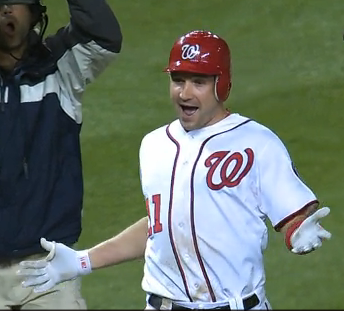 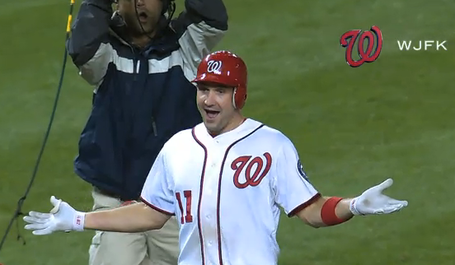 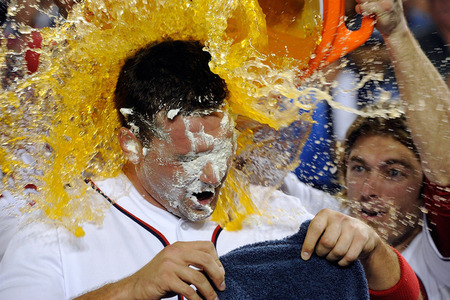