Share All sharing options for: PHOTOS: Nationals Youngsters Dress Up As Smurfs

A number of photos of the whole thing hit Twitter. Here they are. 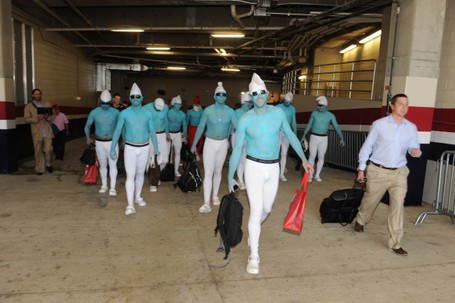 Heading to the bus. 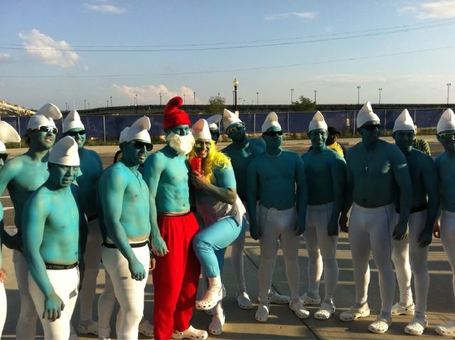 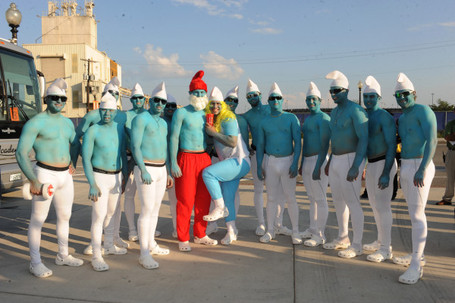 All of the Smurfs. 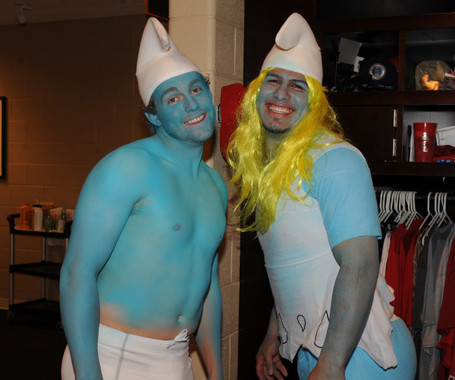 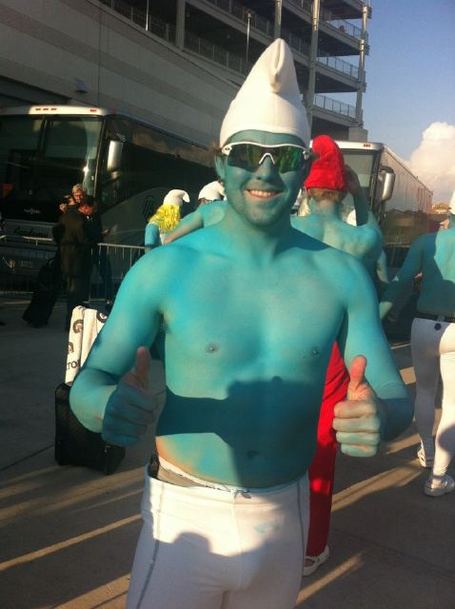 Drew Storen, Smurfing it up. 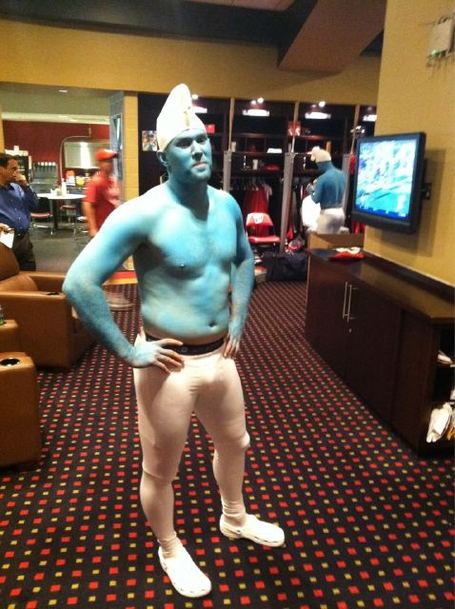 Craig Stammen: not a fan of his plight.