The home plate umpire for Sunday's Nationals-Reds game was Laz Diaz. Diaz is slightly more decorated than Larry Vanover, the previous subject of this semi-regular feature. Diaz has worked four postseasons, including the 2007 World Series, and two All-Star games exactly ten years apart since becoming an MLB umpire in 1999.

Let's take a look at his strike zone, shall we? The first at-bat below the jump belongs to Jay Bruce, who came to the plate against Ross Detwiler with two on and two out. (Note: never mind that the half-inning should have been over but for first base umpire Mike Everitt's equally poor call on what should have been a ground ball to short.) 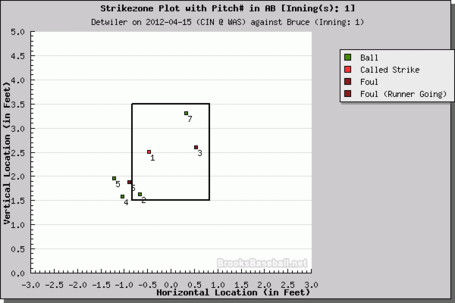 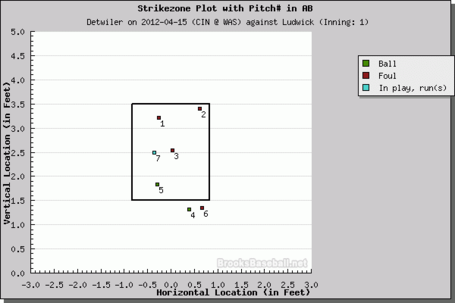