Chris Cooley On His Concussion: 'I Was Totally Coherent, I Was Just A Little Slow'

Share All sharing options for: Chris Cooley On His Concussion: 'I Was Totally Coherent, I Was Just A Little Slow' 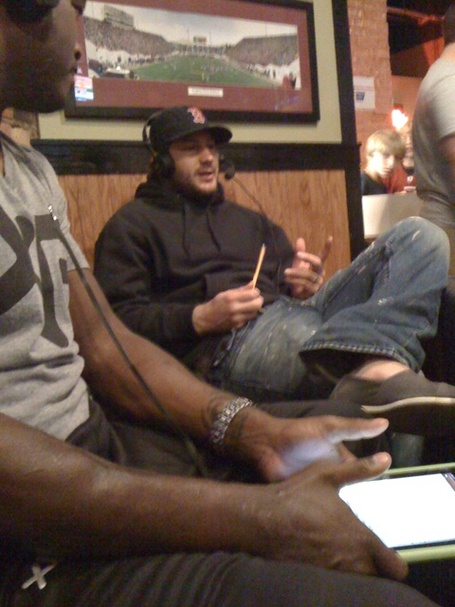 In his weekly appearance on "The LaVar Arrington Show With Chad Dukes" on 106.7 The Fan, Chris Cooley said the concussion he suffered in Sunday's loss to the Indianapolis Colts was "mild" and that he was "never out of it at all." He merely said that he was a little "slow," and eventually took himself out of the game in the third quarter.

"I was totally coherent," he said. "I was just a little slow."

Cooley said the concussion occurred sometime in the second quarter, and he tried to play through it. He said he passed the initial concussion tests, but that he just became too slow to continue.

Cooley said he felt really bad last night and could not lie down, but feels much better today after taking a three-and-a-half hour nap.

This is Cooley's fourth concussion in his football-playing career, but he said this one was much less severe than the ones he suffered in college. He also said he hasn't suffered a concussion in eight years.

Cooley said he will undergo a CAT scan tomorrow, and will take a couple days off until the symptoms go away. If they do, he could practice Thursday, in which case, he would play next week against the Chicago Bears.