Which players that once represented our favorite D.C. teams continue to remain favorites of ours in their new digs?

I imagine that no matter who you root for and no matter what city you live in, all fans share at least one common thought: "As soon as a player leaves my team, he blows up (for the next team)." This perception is of course not always accurate, as countless players have changed addresses and underperformed. Maybe there is a fanbase out there who thinks the opposite. Maybe there are fans of a certain team that say, "Good riddance" and expect a player's production to drop off once he leaves the roost. To mention possible candidate cities and teams for this would only succeed in furthering the feelings of superiority those fans have over us, or the feelings of inferiority we have towards them. I have all the reasons I need to hate the Patriots.

In D.C., there is definitely a sense among the fans of our top teams that players tend to under-perform here and then go elsewhere and shine. I thought about making this list with that being the main criteria, but decided against. I hate to do overly negative rankings. It is bad enough there is a plethora of former D.C. players out there to choose from already. So I am just going with guys I still very much like and root for, regardless of whether or not they were better or worse during their stint in the nation's capital. As I ultimately focused exclusively on the Wizards and Redskins, I look forward to hearing from the Caps and United fans out there who want to kill me for missing one of their own. Sergei Gonchar would have been a guy on this list if he wasn't a Penguin for so long. As for the Nats ... well, Alfonso Soriano might be Top 10, but he is certainly not Top 5 in my book (or heart). 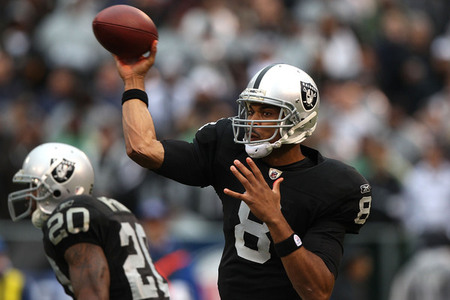 All my faithful Hogs Haven readers out there know how hard I pushed to see the Redskins keep Campbell around--if even for one more season--in order to use our draft picks to build around the quarterback position prior to tabbing our "Quarterback of the Future." I never suggested that we did not upgrade with the Donovan McNabb acquisition. I just thought a better path would have been to hold off on a move like that.

Jason Campbell got fistful after fistful of disrespect from Vinny Cerrato and to some extent, Dan Snyder. He handled himself with class and was very much a leader in the locker room. While he had his limitations, I just felt we had way more holes on this team (cough, offensive line, cough) that could have been addressed before shipping off a guy that had proven he could take the pounding that was inevitable as the quarterback of the Washington Redskins. As an Oakland Raider, JC is fresh off leading his team to an overtime victory over the upstart Kansas City Chiefs. I watched the end of that game and I smiled. I was genuinely happy for JC. 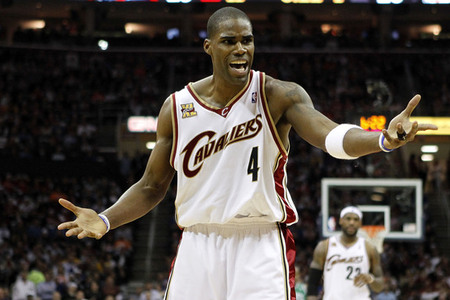 Jamison could easily be No. 1 on this list. When we brought him in from Dallas, he was coming off a season where he was the first guy off the bench for a very good Mavericks team. Almost immediately, he became the elder statesman of a Washington team that -- let's face it -- garnered little real respect in NBA circles.

On a night-in and night-out basis, Antawn hustled up and down the court. He was routinely smaller than the men he defended, yet he routinely pulled down double-digit rebounds to go along with his consistent scoring. His falling, scoop-type shot took me years to get comfortable watching, but I did ultimately develop a sense that when he put the ball in the air, it was going to find its way to the bottom of the bucket. As the heart and soul of a team that was regularly questioned for its heart and soul, Jamison provided that intangible locker room presence that any team with a chance to contend simply has to possess.

When the Wiz broke up the "Big Three" (finally), his departure was tough to bear. As a Wizards fan, I was all for the fire sale that took place, but the reality of losing Jamison hit me harder than I thought it would. For him to be this high on the list at all is saying something for me, since I simply can't stand the Cleveland Cavaliers. But at this point, I don't think there is an opponent he could suit up for that would prevent me from standing in my seat at the Verizon Center and applauding the man who brought respectability to a franchise that frankly didn't deserve it on some nights. 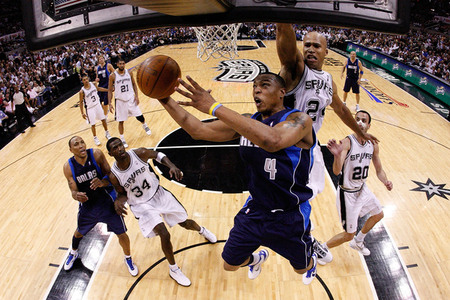 Like Antawn, Caron is synonymous with the "Big Three" that -- when healthy -- brought a lot of wins to a team and fanbase that was desperate for them. Last season, there were whispers that Caron was playing selfishly, going after his shot and his game a little too much for the coach's liking. I didn't care. Caron carried a lot of water for this team on nights when his "Big Three" comrades were unable to take the floor. He did a lot of growing up while he was a Wizard and anyone who followed him here in town knows how much work he did (and continues to do) for this community. I generally dislike teams from Dallas, but when the Mavericks are playing on TNT or ESPN on any given night, you better believe I am tuning in to see how my man Caron is doing. 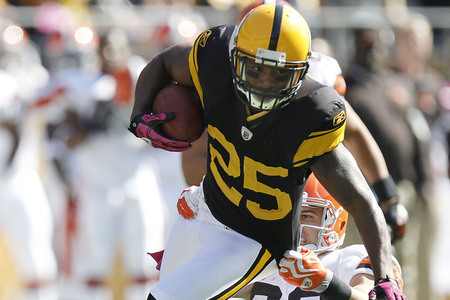 This one is another odd one for me since Pittsburgh teams generally irk me, but Ryan Clark is a player I have followed since his departure from DC in the free agency period in 2006. He was brought in as a backup safety and assumed regular playing duties when Matt Bowen and Andre Lott became injured. He was very close to Sean Taylor -- they started 22 games together in the Washington secondary. Many reports from inside and outside the organization suggest that Clark was one of the more positive influences on ST21, both on and off the field.

When Clark was allowed to leave the team via free agency in 2006, a lot of veterans on the team were upset, considering his departure to be a significant blow to team chemistry. Taylor was said to have been very unhappy with the decision, and then struggled with his new tag-team partner Adam Archuleta (God ... Vinny Cerrato was such a clown.) In addition to winning a Super Bowl with the Steelers, Clark has earned the trust and respect of great defensive coach Dick LeBeau. He has teamed up with another great safety in Troy Polamalu and continues to play at a high level in the NFL. As for what pushes him higher up this list for me: he continues to honor his old friend Sean Taylor by wearing No. 21 in practice. 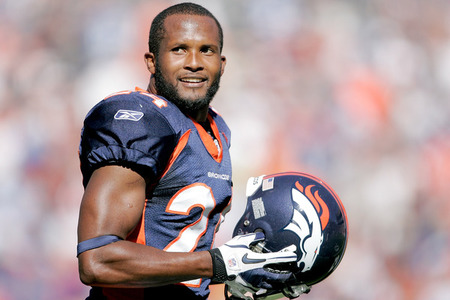 What can I say ... Champ will always hold a special place in my heart. On a team that included Darrell Green AND Deion Sanders, he was arguably the best guy in coverage on any given play. Are you kidding me? God, he was good.I even remember watching him as a member of the Georgia Bulldogs when he would play receiver, cornerback and returner.

His departure from the Redskins was difficult to take for me, as I pretty much lived in his jersey. The initial feeling of betrayal I felt gave way to the realization that Champ had done everything he could here and at the end of the day, he was just sick of the way they did things around here. How in God's name could I fault him for that? He even handled his business in the manliest of ways. Instead of holding a press conference demanding a trade or bitching through his agent that he was unhappy, the story I was told featured Champ informing Joe Gibbs--in person--that he was done in D.C. and that he should get whatever he could get in trade for him. Prior to any real ugliness, Gibbs orchestrated the Portis deal with Denver (assuming we don't lump in the ridiculous inclusion of a 2nd rounder in the deal as ugly). I got nothing but love for Champ Bailey.