Share All sharing options for: VIDEO: Washington Redskins Botch Extra Point Snap, Who Is To Blame?

As you probably know by now, the Washington Redskins lost to the Tampa Bay Buccaneers 17-16 because they couldn't execute a routine extra point snap. It was the final mistake in a game filled of mistakes, and it was particularly embarrassing. Nobody on the play is blameless.

However, if you take a look at the play, I'd point the finger Hunter Smith, the holder, first. Long snapper Nick Sundberg's snap is high, to be sure. He should be putting Smith in a better position. But the snap isn't so high where Smith can't make a play. Holders have brought down worse snaps before in similar conditions, and Smith is an experienced player in these spots, unlike Sundberg.

Regardless of who is to blame, the Redskins suffered a new low this season with this play. The sad thing is that, given the missed opportunities that already occurred, you could almost see something like this coming. I guess that's what life is like being a Redskins fan.

Screenshots below the jump: 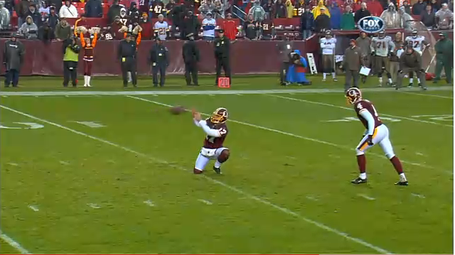 It's a high snap, to be fair, but it's certainly possible for Smith to bring this down. 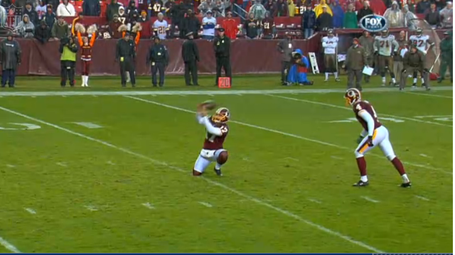 Instead, Smith has it go through his hands. 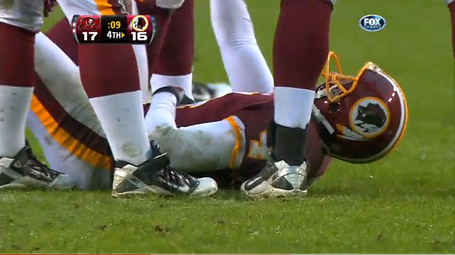 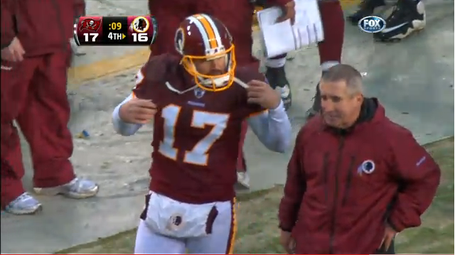