Can The Washington Redskins Run A 3-4 Defense Like The Green Bay Packers?

The Green Bay Packers made the Super Bowl in their second year running the 3-4 defense. Does that give the Redskins hope that brighter days are ahead? Well, not exactly. We explain why the situations are different.

Share All sharing options for: Can The Washington Redskins Run A 3-4 Defense Like The Green Bay Packers?

This year’s Super Bowl will pit the Green Bay Packers against the Pittsburgh Steelers, two well-run organizations who know how to win and know how to build balanced, deep rosters. They both have franchise quarterbacks, one with a playoff pedigree in Ben Roethlisberger, and the other being Aaron Rodgers, the quarterback who has played the hottest in this year’s playoff tournament.

However, the two teams also share a trait that may interest Washington Redskins fans: They both run a 3-4 defensive front. Yes, the very same scheme that the Redskins are attempting to implement over at Ashburn.

One of the key differences between the Steelers defensive unit and the Packers’ is that this is just the second year the Packers have been running the scheme. It would seem that after just two years, Green Bay’s decision to switch to a 3-4 seems to have paid huge dividends. But for the Redskins, there just doesn't seem to be that same level of optimism that next year's defense will be significantly better than the train-wreck unit that was trotted out this season.

So how did Green Bay do it? All one has to do is briefly recall the Packers first offseason after transitioning to the 3-4 to see why they are so successful, and why Redskins would do well for themselves to take notes. 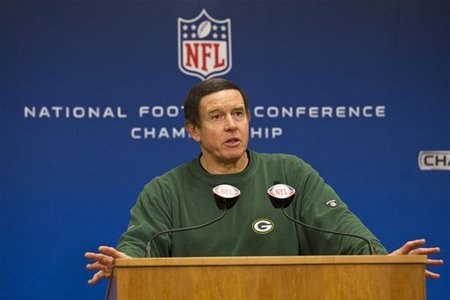 Back in February of 2009, Packers head coach Mike McCarthy announced the hiring of Dom Capers as defensive coordinator and that Green Bay would switch their base defense from a 4-3 to a 3-4. In their previous season, the Packers defense was a middle of the road unit, finishing 20th overall. The Packers were coming off of a disappointing season where they went 6-10 (just a season after they went 13-3), and they knew they needed to make some changes. McCarthy and GM Ted Thompson believed that going to a 3-4 would help the Packers defense become more effective by getting more pressure on the quarterback and being more flexible against modern NFL offenses.

As the Redskins found out last offseason, there are challenges that come with switching your base defense, no matter who you are. There are several key questions that have to be addressed. How much of the current roster make a smooth transition to the new scheme? Who will be playing out of position? Most importantly, who will play nose tackle?

When the Packers were faced with the same set of questions, they seemed quite sure they had the answers. Though they knew they’d have some issues with certain players (in their case, defensive end Aaron Kampman becoming an outside linebacker). But when the announcement was made nearly two years ago, McCarthy seemed excited for change:

"Change creates excitement," McCarthy said then. " … The Green Bay Packers organization will never lack for energy. It’s such a great place to work from a culture standpoint, the passion of all the people that work here. But there’s definitely a ton of energy on the third floor right now. Today’s exciting."

McCarthy was also convinced that although his players would have to learn a new scheme, it'd be the best thing for the defense in the end.

"Terminology-wise, they’re learning a new language … and I think that’s good for everybody. That touches every player. Technique-wise, there’s definitely going to be some carryover — there always is, particularly in sub-fronts. You may look at some of our subpackages, and you may not think there’s a whole lot of difference compared to what we’ve done in the past."

That sounds quite familiar if you’re a Redskins fan. We were hearing similar things from Mike Shanahan and Jim Haslett shortly after there were rumblings that the Skins were switching to a 3-4.

The difference is, the Packers went about each issue in a much different manner than the Redskins. 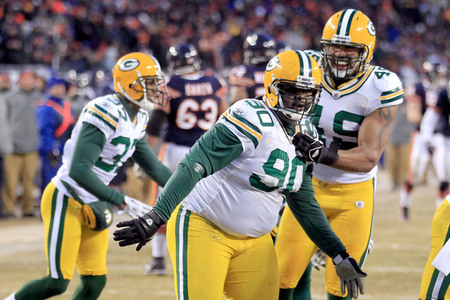 As Redskins fans recall, when it was time to find an adequate nose tackle, the Redskins spent last offseason trying to convince everyone’s favorite millionaire, Albert Haynesworth, to come to offseason conditioning and try and get his hands dirty to become that guy. We all know how that turned out. The early stages of the Haynesworth situation may have led Mike Shanahan and Bruce Allen to turn to nine-year veteran Ma'ake Kemoeatu, a free agent who was coming off of an Achilles' heel injury, to become the starting nose tackle until Haynesworth hopefully fell in line (which obviously didn’t happen).

A year earlier, when the Packers were faced with the same challenge of finding a nose tackle, they did what the good teams do. In April of 2009, the Pack held the ninth overall pick of the draft. Going into the draft, they knew they needed a big man up front to occupy that nose tackle spot. They got their wish when they drafted defensive tackle B.J. Raji out of Boston College to help anchor the line for years to come. They then later traded back into the first round and drafted outside linebacker Clay Matthews from USC to help reek havoc from the outside linebacker position in the 3-4. After two seasons, it looks like those two pick worked out just a little, wouldn’t you think?

Adding two playmakers like Raji and Matthews to an already talented Green Bay defense certainly made the transition that much smoother. And while the Packers defense struggled early in the 2009 season, they dramatically improved as the season went on, finishing second in the NFL in overall defense after just their first year of running the new scheme. 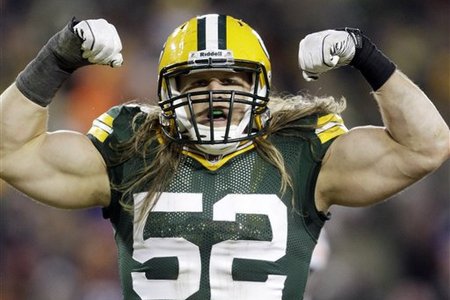 So why couldn’t the Redskins emulate the Packers defensive success story in their first year of running the new scheme? The answer to that question is found by just looking at each team’s roster shortly after they made the transition.

The main difference was that the Packers were already loaded with younger, more explosive defensive talent who were better fits for the 3-4. Add that to the fact that the Packers drafted players to help anchor key positions in the 3-4, and voila, you have a much more competent defense.

As for the Redskins, they had a much fewer number of younger, quality players who could make the transition smoothly to the new scheme. It also didn’t help that their most talented player on defense refused to play the scheme’s most vital position. The Haynesworth situation may have longer lasting effects than just the 2010 season. The drama also delayed the Redskins from doing what they needed to do all along: find a young, stud defensive tackle who can anchor their line for years to come, a la B.J. Raji.

Unfortunately for the Redskins, after their first season running the new scheme, they may still be missing up to four starting caliber players on their front seven (with Adam Carriker, London Fletcher, and Brian Orakpo being established members of the front seven). They could have other defensive needs as well, but their front seven surely has to rank as a priority going into the 2011 offseason.

But not all is lost for the Redskins. Assuming there is a new CBA, this offseason could provide Washington with an opportunity to improve quickly through free agency. Although ‘free agency’ isn’t a popular term in D.C., this class will be a large, dynamic and younger group that has players the Redskins could use.

Ironically, if the Skins want to be like the Packers, there will be two key Packers defensive players will be available on the free agency market. Linebacker A.J. Hawk and defensive lineman Cullen Jenkins will be two players worth watching for the Redskins this offseason. Jenkins will be the most likely sought after player, and will command a large contract. But hey, that hasn’t stopped the Redskins from getting a player they coveted in the past.

The bottom line is if the Redskins’ defense wants to be like the Packers (without simply taking their players), they will need to commit long term to the 3-4 defense by finding their nose tackle of the future, continuing to draft players who will fit the scheme, and stick with the scheme despite struggles that they may endure in the future. If they can do that and be patient, perhaps it’ll be Redskins' defense that will be considered championship caliber someday. 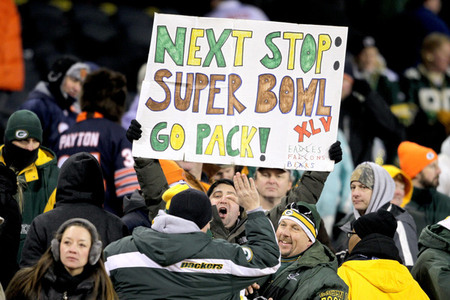