Deion Sanders made waves on Saturday by saying something bold to get attention. Deion Sanders obviously would never do something like this, so we should be especially surprised. Why would Deion Sanders ever deviate from his normal, cautious, analytical approach? He's Deion Sanders, after all.

All joking aside, Sanders did appear on NFL Network with Michael Irvin to discuss the Philadelphia Eagles' downfall. During the segment, Sanders decided to look directly into the camera and say that Rex Grossman of the Washington Redskins was the best quarterback in the division. Yes, better than Michael Vick, Tony Romo and Eli Manning. Sanders and partner Michael Irvin then argued a bit about this, with both claiming they didn't "stutter" while making their point.

Dan Steinberg of the Washington Post has a transcript of the whole exchange. Me? I'm more concerned with funny pictures. Lo and behold, here is the entire exchange in visual form. 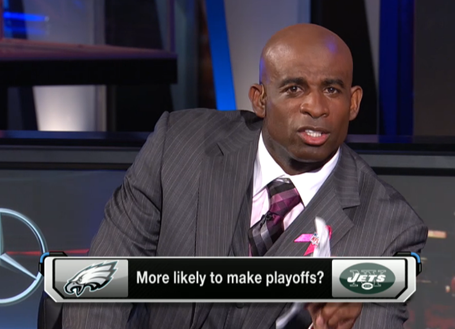 Here's Deion looking into the camera. 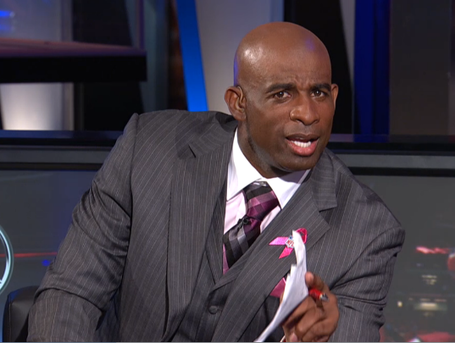 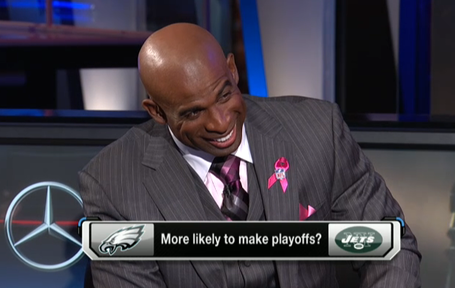 Here's Deion laughing as Irvin tries to respond to him. Irvin, despite saying otherwise, does stutter a number of times. 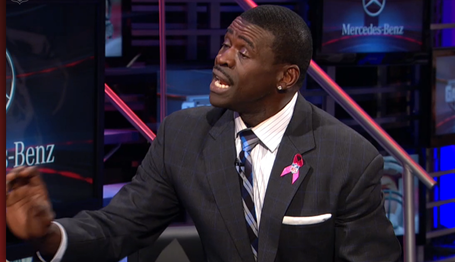 Irvin tries to push past Deion laughing at him. 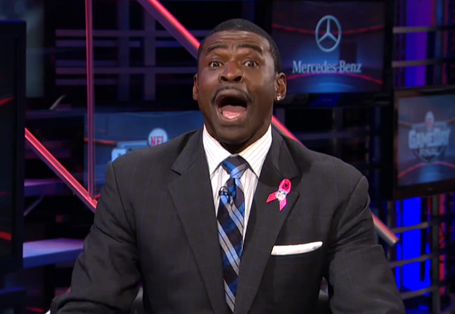 And now Irvin looks into the camera to express shock at Deion's point. 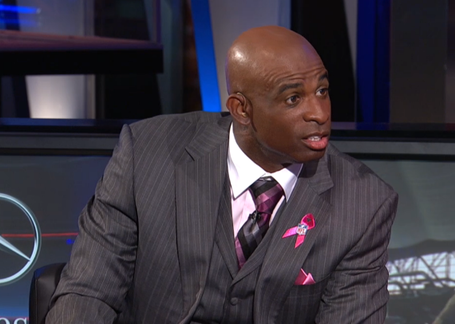