Chris Cooley left Sunday's game against the Philadelphia Eagles with an apparent hand injury. It was later reported that the tight end had a broken index finger, an injury that will require surgery. Apparently the injury happened when Cooley had it jammed by Nnamdi Asomugha.

Via Ryan O' Halloran of CSN:

Cooley said his index finger broke when he had it pressed [against] his body and it was rammed by Nnamdi.

At this point, all we know is that Cooley will need surgery but his status long-term is still unknown. Fred Davis, who's been very productive all season, will continue to see increased targets with Cooley out. Davis led all pass-catchers today with 6 catches for 95 yards. Logan Paulsen, the second year tight end out of UCLA, will also receive increased reps this week with Cooley out.

After the game, Cooley was seen in the player's lot with a cast on the broken index finger. 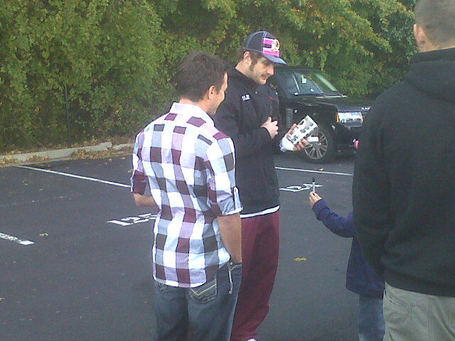 Stay tuned to this StoryStream for full Redskins vs. Eagles coverage. Hogs Haven and SB Nation DC are your sources for Redskins news, while Bleeding Green Nation and SB Nation Philly offer the opponent's perspective.