What does it say about an NFL team when a quarterback who would go on to throw four interceptions and get benched is listed as a "top performer" during one of those NFL Red Zone graphics? It says their offense was pretty terrible.

The Redskins' offense can be like a Shakespeare tragedy sometimes.

(As spotted by @bubbaprog). 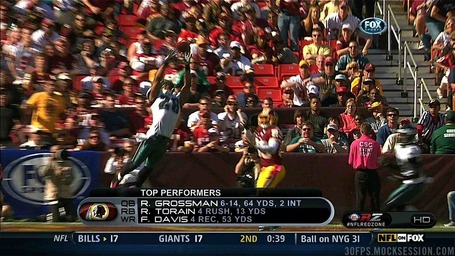