Share All sharing options for: PHOTO: Oshiomogho Atogwe Dresses Up As A Television Reporter

Halloween isn't for another 11 days, but don't tell that to Washington Redskins safety Oshiomogho Atogwe. To spice up the drudgery of answering the same questions from reporters over and over again, Atogwe insisted that he take a Comcast SportsNet camera and videotape the reporters asking him the questions out at Ashburn on Thursday. Photos were tweeted by pretty much every beat reporter, even as they were being filmed.

It was a funny little gag, but it also could have been a way to disarm the reporters and cause them not to ask as much about his injury issues. Atogwe missed practice again according to Mike Shanahan, and while Atogwe confirmed that news, this way he could shrug off most follow-up questions. I'm not saying Atogwe was doing that. I'm saying if I were in his position, I'd do something goofy like he did.

A bunch of photos below the jump. 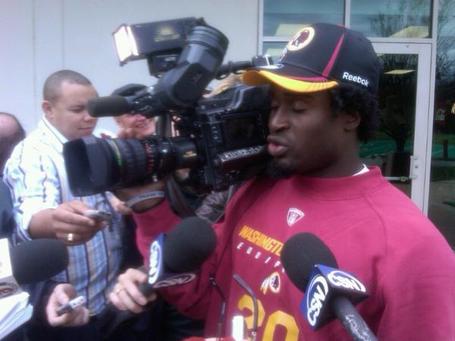 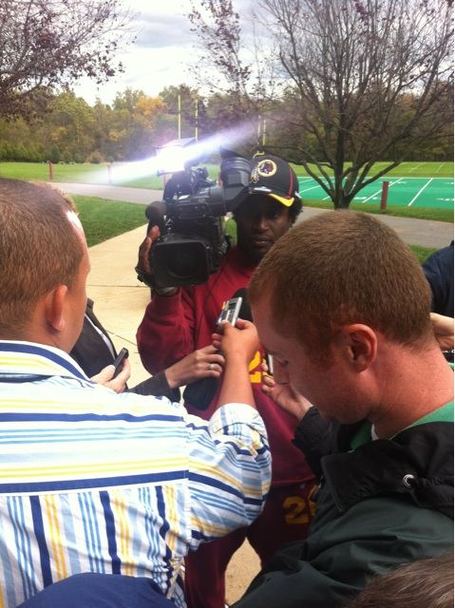 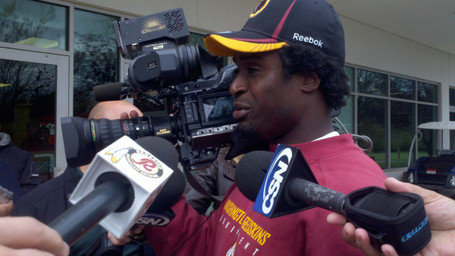