Losing sucks for a player, especially when they are coming under fire for running the wrong route that caused an interception. It's safe to say Leonard Hankerson was in no mood to deal with angry fans sending messages at him on Twitter after the Washington Redskins' 33-20 loss to the Carolina Panthers. That doesn't mean what he did was worth doing.

Both Hankerson and Brandon Banks were vocal on Twitter following with loss, with Hankerson dishing out the most heat after he and John Beck miscommnuicated on a late play that led to a Beck interception. Lots of people were frustrated with Hankerson, and Hankerson fired back at many of them. Teammate DeJon Gomes had to intervene at one point. Meanwhile, Banks sent a tweet out agreeing with a follower who asked why he wasn't getting more touches on offense.

Venting happens, but doing so in a public forum like Twitter was a poor decision on both of their parts. Tweets are below the jump. As first noted by Dan Steinberg: 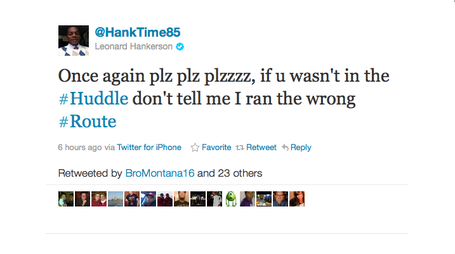 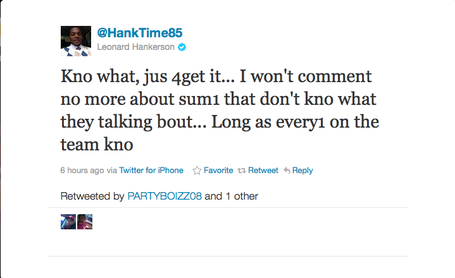