Oshiomogho Atogwe had every reason to be excited about the Washington Redskins' 17-10 win over the St. Louis Rams on Sunday, given that the Rams were his former team. He'll never admit it, but you'd think their decision to release him in January still burns. To celebrate, Atogwe decided to flash a bunch of funny faces to the camera in his postgame interview with CSN Washington's Kelli Johnson.

"This one was special for me, having played for St. Louis for six years. To come back and be victorious, there's just a little more sentiment."

Johnson also asked Atogwe what he would do during the bye week. Atogwe's answer? Seeing Spiderman on Broadway. "They don't have The Hulk on Broadway, so I can't make it myself," he joked. Video and screenshots below the jump. 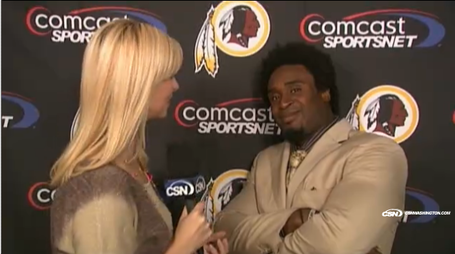 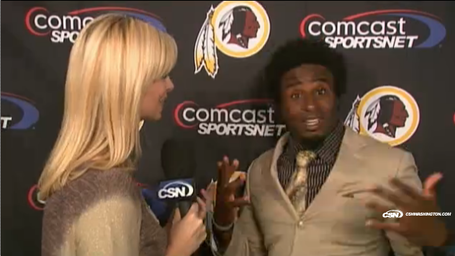 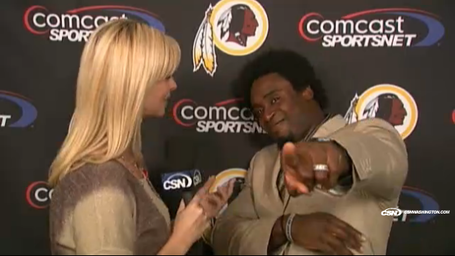 Redskins Vs. Rams: Ryan Torain Stars As Redskins Hang On For 17-10 Win