The Washington Redskins' 23-17 win over the Seattle Seahawks on Sunday featured a pregame scuffle and a lot of trash-talking, which shocked most observers because the two teams aren't exactly rivals and aren't fighting for a playoff berth. Afterwards, Washington Redskins players tried to explain what caused the animosity.

Tight end Fred Davis probably had the best quote of all:

"What really made us mad was that those guys thought like they were Super Bowl Champions or something," Davis told CSN Washington's Kelli Johnson. "They were talking to us like we were worse than them, and we have almost the same record."

That doesn't answer exactly what happened, though. According to Redskins players, via Rick Maese of the Washington Post, the Seahawks objected to the Redskins huddling over their logo on midfield. The Redskins famously did this earlier in the season in a road game against the Dallas Cowboys, but for some reason, the Seahawks were especially pissed off. Hall claimed that the Seahawks players intentionally stomped on his head during the game, which I'm sure the Seahawks players will contest.

Regardless, that explains how a game between two mediocre teams turned chippy. Apparently, it extended to the fans too: 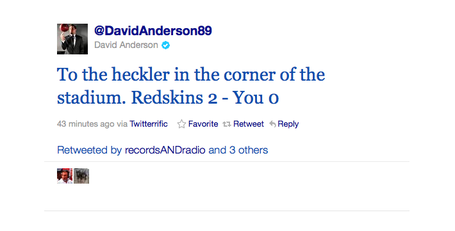 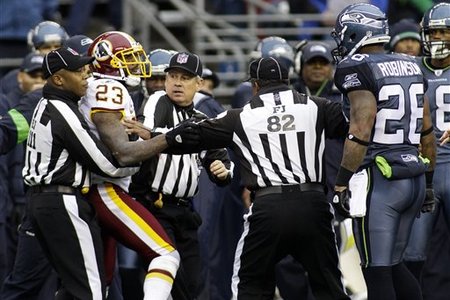 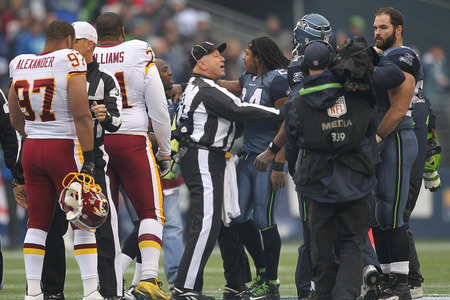 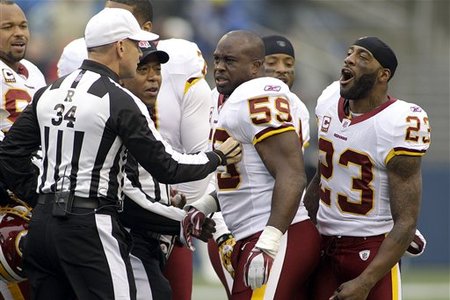 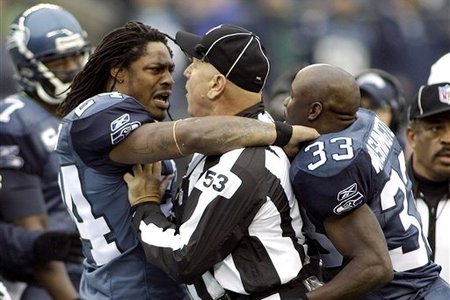 Redskins Vs. Seahawks: Washington Rallies In Fourth Quarter For 23-17 Win