You knew something like this was inevitable. With the Washington Redskins employing two of the worst starting quarterbacks known to man, and with Kevin Durant making waves for playing flag football earlier this week, it was only a matter of time before someone came up with an image of Durant playing quarterback for his hometown team.

That somebody turned out to be Panini America, an Italian collectables company that recently bought Donruss. The company designed this Durant rookie card as part of their 2011 Crown Royale Football and upcoming 2011 Certified Football designs. If this was ever released, Redskins fans would gobble them up like hungry hungry hippos, which means Panini would be smart to release these things to the public instead of just making them an Internet novelty. Heck, I kind of think this whole thing is a little ridiculous, and even I want to own one of these trading cards.

Photos below the jump. Via Deadspin. 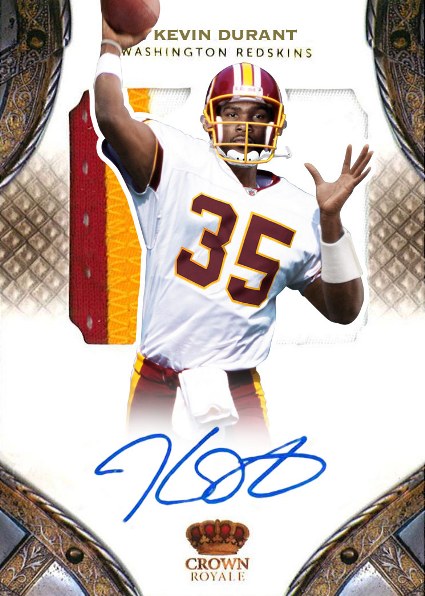 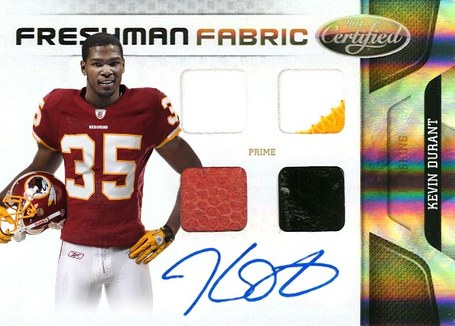