There was a scary moment on an otherwise inconsequential final play of the first half between the Washington Redskins and New York Giants. Giants wide receiver Devin Thomas, a former Redskin, was carted off the field after suffering a serious injury on the play. His status remains unclear at this time.

Thomas was laying on the ground for 10 minutes, with about 15 team personnel looking at him. He was picked up off the ground on a stretcher and taken back to the locker room. It appeared that he was able to move his legs, but otherwise, it's not clear how seriously Thomas is hurt. The injury was so severe that the Giants' marching band, scheduled to perform at halftime, had to be cleared from the field because the cart was in the way. 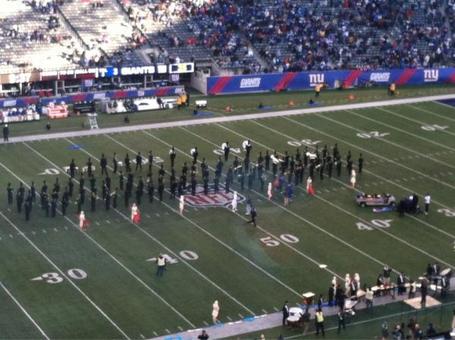