Share All sharing options for: London Fletcher Sounds Off On Not Being Named To 2012 Pro Bowl Roster

It's an annual tradition, and it's befuddling every year. The Pro Bowl rosters get announced, and Washington Redskins linebacker London Fletcher, despite a standout season, gets snubbed. Fletcher didn't even make the Pro Bowl as an injury replacement until the last couple years, getting passed over for flashier players.

It happened again in 2011, as Fletcher was passed over for Brian Urlacher and Patrick Willis. This time, Fletcher decided to sound off about it. 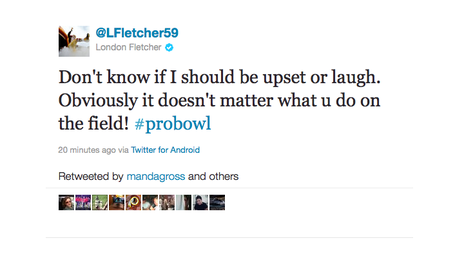 Fletcher had plenty of support among his teammates and around the league. Detroit Lions linebacker Stephen Tulloch reached out directly to tell Fletcher he deserved the honor. Teammate Jarvis Jenkins, though, made the point far better than anyone could. 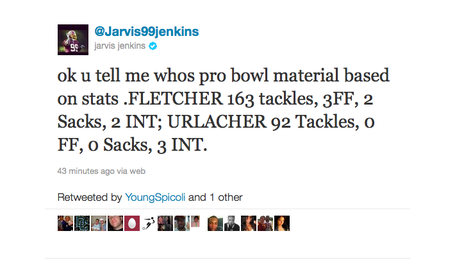 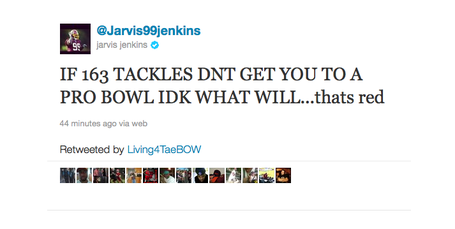 That pretty much seals it. Brandon Banks, meanwhile, went with a more qualitative approach. 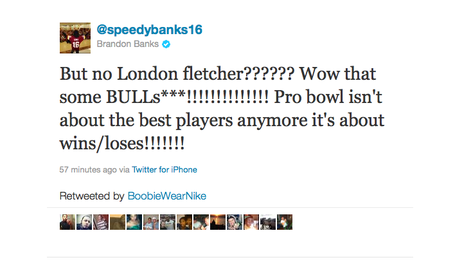 Throw in all the support from local and national media, and it's clear the voters got this wrong. Like Fletcher, I can only laugh. It happens every damn year.