Can a media outlet be directly involved with the team they cover and still give unbiased coverage to their consumers? We use the Redskins and WTEM, along with Texas' new deal with ESPN, as possible case studies.

I was perusing SBNation.com as I do every day to prepare for my radio show when I stumbled across an interesting tidbit of information. I remembered reading a few months back about ESPN partnering up with The University of Texas to start a television network. It appears that both parties are progressing with said relationship. 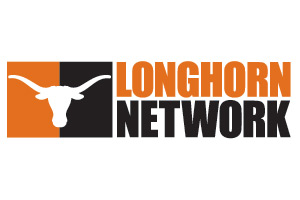 There's a Longhorn Network website, www.GetLonghornNetwork.com, which redirects to an ESPN site about getting Longhorn Network - and it's clear that the Worldwide Leader in Sports is throwing some money behind their efforts to make ESPN's massive 20-year, $300 million deal with Texas work from the start.

Troubling. This is different than ESPN doing a deal with an entire sports league. This is an enormous financial commitment to one university and enormous financial commitments have a tendency to influence people. College athletic programs are desperate for exposure. As a former student of George Mason Univeristy, one needs only walk around the campus to see what a large dose of exposure can do to help out a college. How much did the university benefit after their 2006 NCAA tournament run and all the media coverage that came along with it?

Obviously Texas has earned a high profile with their success in multiple sports. However, the idea of Texas being embedded so deeply with the biggest name in sports media raises the question of unbiased coverage.

Why does this matter to Washington D.C.? Well, we have our own little quagmire here. The Washington Redskins are deeply involved with the local media on virtually every front. Dan Snyder has aquired message boards, radio stations and sued newspapers that criticize him. Clearly, Snyder has a lot of energy invested in controlling the way his team is covered.

I'm not necessarily one of those guys that thinks that means coverage of the Redskins over on WTEM is influenced by this. Those guys generally do a good job. What it does do, though, is raise the question of whether a media outlet can have an enormous financial commitment with the team it covers and remain unbiased. Pro Football Talk has covered this in the past:

Redskins owner Dan Snyder's ownership of D.C. radio station WTEM continues to get him favorable coverage from the station's high-profile talk show host, Tony Kornheiser. And Kornheiser's refusal to talk about issues that could cast Snyder in a negative light is continuing to result in criticism of Kornheiser.

Although Kornheiser was a longtime journalist for the Washington Post, Feinstein pointed out that Kornheiser isn't a journalist anymore, he just plays one on TV - which some might argue makes it acceptable for Kornheiser to take a paycheck from Snyder, avoid criticism of Snyder and have a chummy relationship with Snyder.

I ran into Doc Walker at the Super Bowl this year and spoke with him. In no way do I think Walker is being told what to say and what not to say. In no way do I believe Doc would go along with that even if he were. But there are plenty of people lower down on the ladder at that station for whom I can't say for sure the same thing applies.

The issue with the Redskins and the local media is the same as the issue with ESPN and Texas. Maybe there is no direct influence. It's possible not one ounce of censorship will ever be produced by either relationship. I fully acknowledge that. The problem is there will always be that doubt in people's minds. How can ESPN have 300 million dollars tied up with the Longhorns and not show them favor? Can Texas A&M get a fair shake anymore? How can a radio station cover a team whose owner has also purchased the radio station? I don't have the answers.

I get why the Yankees, Lakers and Cowboys are on ESPN all the time. They get ratings and ESPN is in the business of getting ratings. Like we all are. But where is the line? When does it cease to be a media outlet that covers all of sport and just become a bullhorn for whatever league, program or team has the most money tied up in the network. Do WNBA games garner big ratings for ESPN? No, but the games are still there. Is that acceptable to sports fans? So far, it has been.

We here in Washington D.C. are the poster market for this mentality. WTEM does well in the ratings and people seem to still post on Extreme Skins, the now "Official Redskins Message Board." It's possible that none of the potential influence Snyder has over the media is off putting to fans in this area. What is most certain is that doubt lingers in the back of the savvy sports enthusiast's mind. How can you you be so involved financially with something and still cover it without biased. Is it even possible?