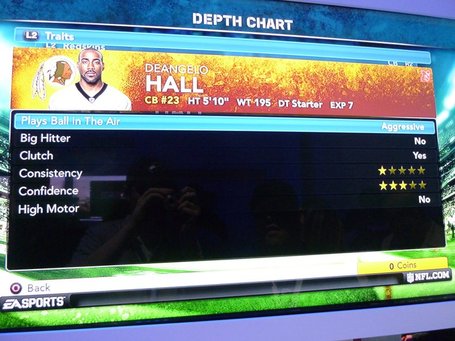 Madden NFL 2012 is posting a number of previews of their new player traits for the upcoming game in this Facebook album, and one of the players they previewed was DeAngelo Hall. As you can see, the game isn't a huge fan of his. One star for consistency? No high motor? Only average confidence? If there's one personality trait that defines DeAngelo Hall, it's his confidence, so what gives?

But hey, at least he's clutch, I guess. And at least his card isn't as unintentionally hilarious as Cam Newton's.

The album also includes a preview of player cards for Ryan Torain and Donovan McNabb. Torain's is pretty standard, other than the part about him not having a high motor. McNabb's is funny only because so much of it is true. 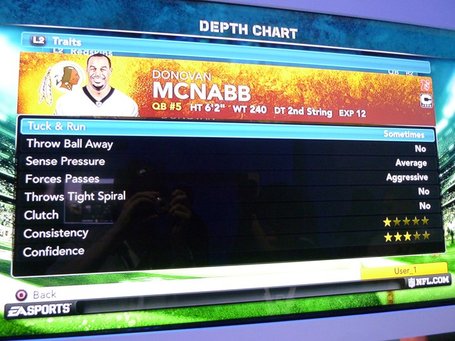