Share All sharing options for: PHOTO: Brandon Banks Struts His Stuff For Charity 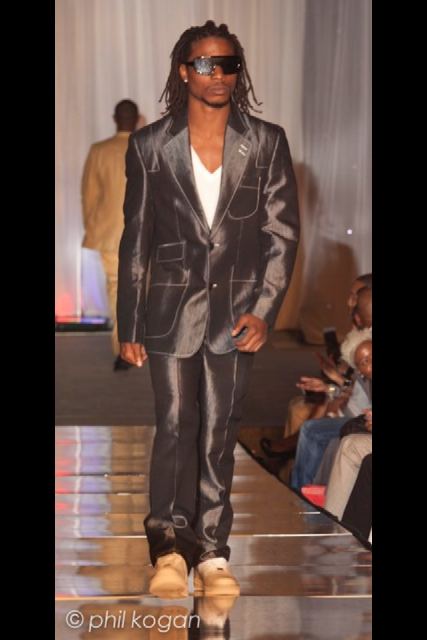 Washington Redskins return specialist Brandon Banks hit the runway this past weekend at the House of KAS Anniversary Show, a fashion event put on by celebrity designer Kenneth "KAS" Flanagan. A portion of the proceeds from the night's event went to the American Cancer Society.

Banks certainly looked the part, as evidenced by photography from the event.  The speedy returner rocked a futuristic shiny, metallic-colored blazer and matching pants, along with some fly shades and what appear to be Timberland boots.

I thought Matt Terl, a writer for the Official Washington Redskins Blog, summed up the outfit pretty well:

"I still know very little about fashion, but Banks appears to be modelling an updated version of Arnold Schwarzenegger's famous "Terminator" line of clothing, and I wholeheartedly approve of that."

Terl was referring to this vintage Schwarzenegger outfit in particular. At 5'7'', 150 lbs, Banks might be the one player on the Redskins roster whose clothing would fit the average fan.