Leonard Hankerson is not one of the 65 Miami football players implicated in Yahoo! Sports' investigation of the program and booster Nevad Shapiro. Therefore, he wants to know what the heck happened. 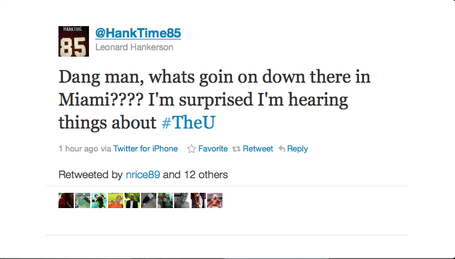 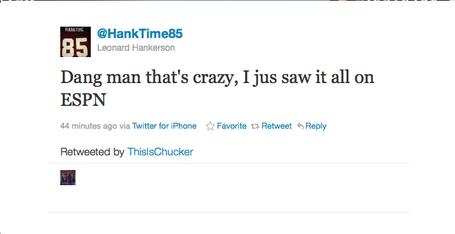 Hankerson also directly replied to a user asking if he was involved, saying he didn't even know who Nevad Shapiro was. That seems unlikely, given how widespread this was. I'm sure if Hankerson was really asked about the name Nevad Shapiro, he would say he recognized it.

Then again, he's not involved in the investigation, and it did seem like Shapiro's influence waned over the years, since most of the excerpts have to do with stuff that happened early in the decade. Maybe Hankerson literally knew nothing. Maybe he knew he was a bad man of some kind, but not to this extent. Maybe he knew exactly who he was and is lying.

Anything is possible, especially after this.