DeAngelo Hall's interception return for a touchdown in the Washington Redskins' preseason game against the Baltimore Ravens was certainly impressive. Hall essentially sat on the button hook route, and when Joe Flacco panicked against the Redskins' blitz, Hall was right there to pick it off. That was good anticipation.

But to me, the more ridiculous/impressive part was the runback. 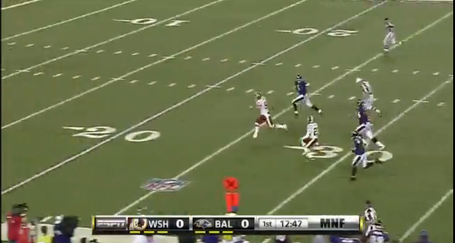 That's what the field looked like when Hall raced over the 30-yard line. It would have been very easy for Hall to just keep running, let his blocker clear out Flacco and get a touchdown. But no, he had to show off a little bit. 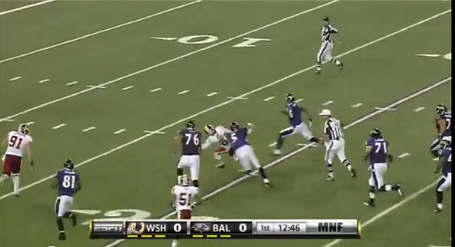 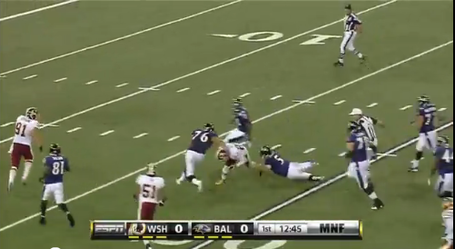 Hall decided to cut back and embarrass Flacco even further. I hope Hall is glad that he proved that a cornerback has more agility in the open field than a quarterback. It was obviously a point worth proving, even if it made Jim Haslett look like this after a big play. 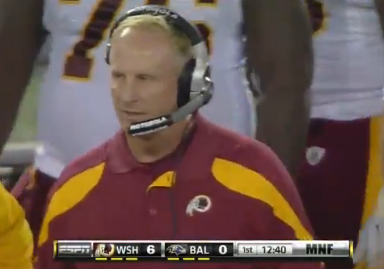