Super Bowl 2012 Halftime Show: Madonna Goes All Out, And That's How It Should Be

Share All sharing options for: Super Bowl 2012 Halftime Show: Madonna Goes All Out, And That's How It Should Be

There were undoubtedly be many who will bash the Super Bowl 46 halftime show. Those people will say that Madonna is too old for that kind of thing, Cee Lo Green's cameo was weird and the transition between a drum line and a choir was a strange one.

To all those people, I say: Were you not entertained?

Isn't that the point of a Super Bowl halftime show? To entertain? Sure, the music was kind of poor, and Madonna herself seemed to lack energy at plenty of points. But at the end of the day, there were so many things to laugh at and so many things at which to express wonder. The props were all awesome, and you had to love the sight of Cee Lo in a black, sparking choir gown.

The past Super Bowl halftime shows were all kind of boring. This one may have been awkward at several points, but it certainly wasn't boring. I'm a fan. 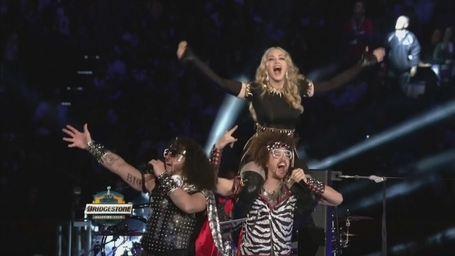 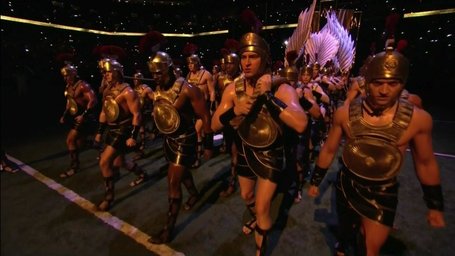 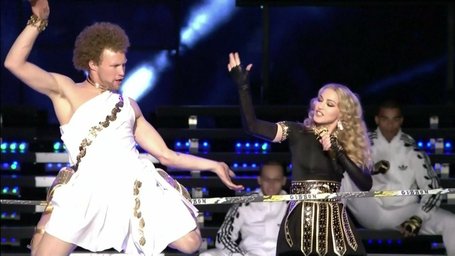