There are certain things in the world that don't have quite the cachet they once did to the public at large. The heavyweight boxing championship of the world. Being on the cover of Time and Newsweek in the same week (also known as the Bruce Springsteen double). The Rolling Stone interview.

But the cachet of making the cover of Sports Illustrated, for better, and most recently, for worse, has endured. And for this week's issue, Robert Griffin III joined the long line of athletes and others who have earned the illustrious distinction.

Cover photo via @richarddeitsch. We like it, but we thought Griffin's Twitter account had settled the Great RGIII/RG3 debate. I guess we still have to debate that one. 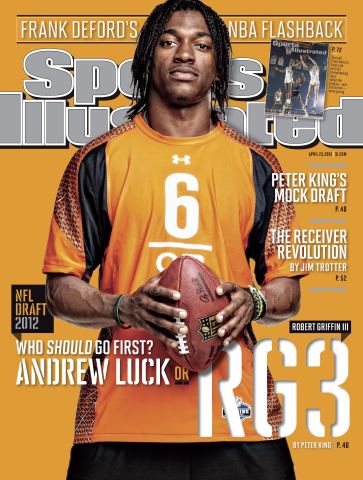