With Robert Griffin III officially being selected by the Washington Redskins with the No. 2 overall pick during the 2012 NFL Draft Thursday night, Topps wasted no time unveiling Griffin's rookie card for their 2012 football set. You can check it out after the jump. 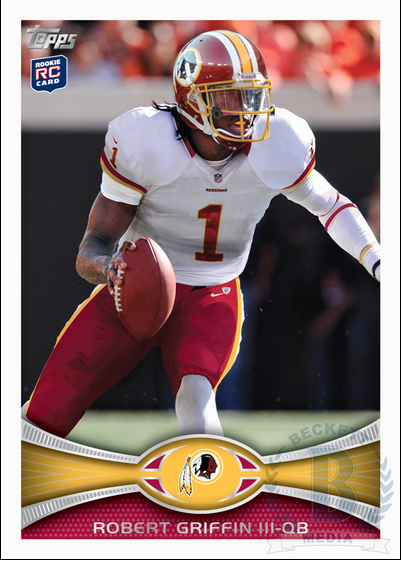 Griffin will be one of 110 rookies to appear in the yearly football set which hits stores on August 8. You have to admire the Photoshop abilities of Topps to make it appear if Griffin has already played for the Redskins (something their fans wished were true.)

For more updates on the 2012 NFL Draft, keep it tuned to the SB Nation DC NFL Draft StoryStream. For more news and analysis on the Washington Redskins, head on over to Hogs Haven. Still not enough coverage for you? Mocking the Draft has all the latest NFL Draft news and analysis from all 32 teams.