After a few hours of excitement and speculation, Nike released its first batch of NFL uniforms Tuesday morning in New York City. This will be the first year of a 10-year agreement between the league and Phil Knight's famous shoe and apparel company.

With the notable exception of the Seattle Seahawks, there were very few total overhauls on the level of Nike's college outfits. Anyone who was expecting drastic changes for the Redskins uniform was bound to be disappointed, as you'll see after the jump. (Photos via @HogsHaven) 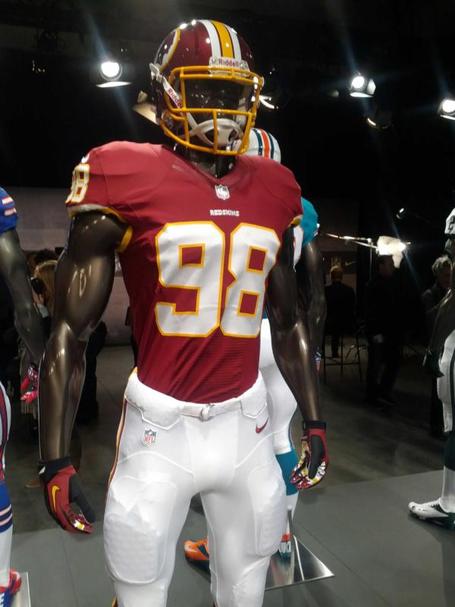 Do you see a difference, apart from the white pants? We certainly don't. But wait! Brian Orakpo, who served as the Redskins' jersey model for this thing, has told Hogs Haven that there's an alternate jersey that hasn't been revealed yet! Drama! Intrigue!

Having said that, we do like the Nike gloves. 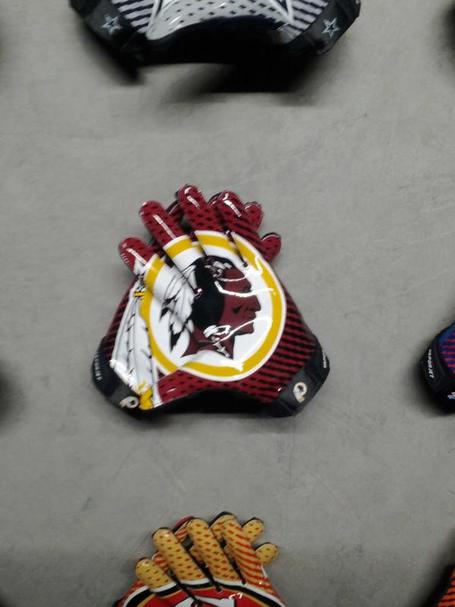 And the new Nike cleats are impressive. 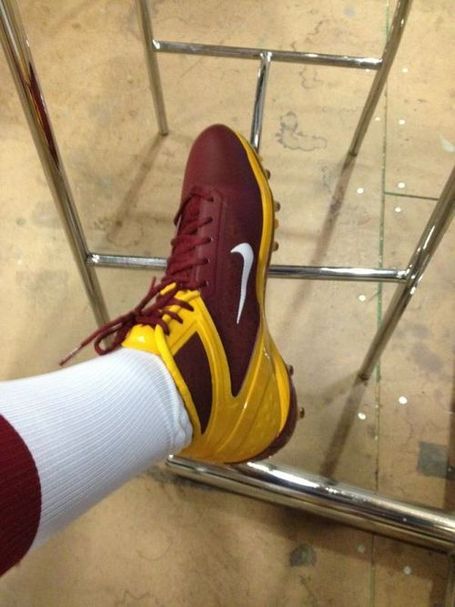 And the Redskins sweatshirt is certainly a classic look. Remember kids, there's only 265 shopping days until Christmas. 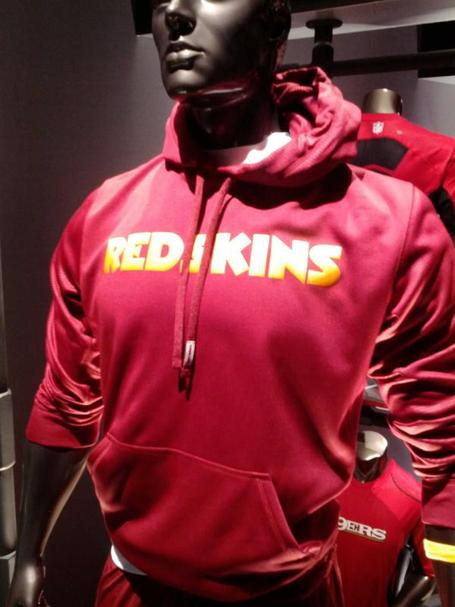