One of the things we love about Robert Griffin III is his school spirit, which manifested itself again Tuesday night when the Heisman Trophy winner showed up in Denver to cheer the Baylor women's basketball team on to their 80-61 win over Notre Dame, which completed a perfect 40-0 season.

And, according to this gif via Hogs Haven, Griffin was so happy about the women's performance that he just had to dance.

Hmmm. We always thought that sort of thing was frowned upon at a good Baptist school like Baylor. We guess you really can get away with anything if you're a star football player. Perhaps he was just thinking of all that money that will be coming his way soon enough. (And it is a lot of money, rookie wage scale be damned.)

Griffin later wound up celebrating on the floor with the Lady Bears, and Sports Illustrated's Richard Deitsch got this shot of him cutting down the nets. 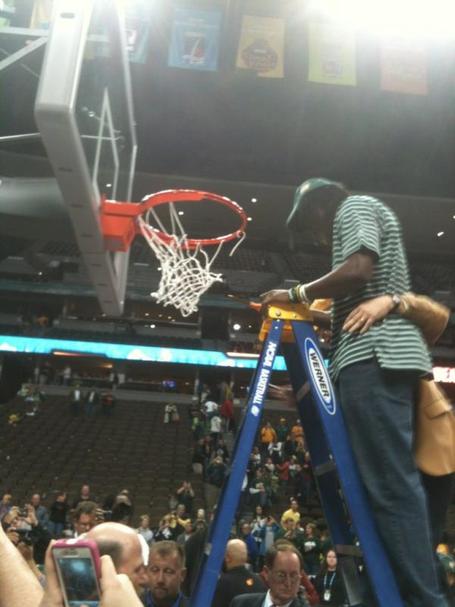