The team unveiled their 80th anniversary throwback uniforms Thursday at a gala event out at the new practice bubble in Ashburn. The photos are after the jump, so let's take a look. 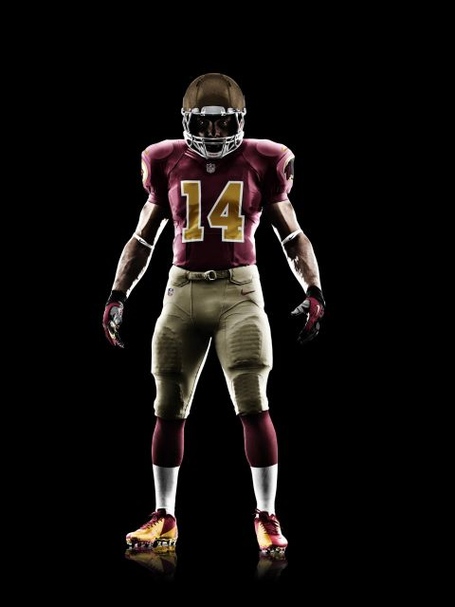 And here's the back view. 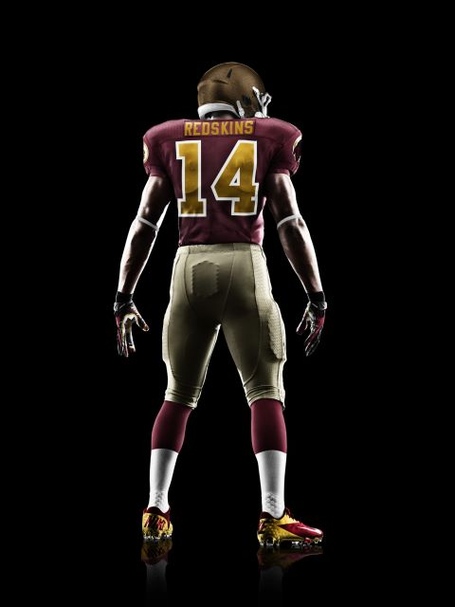 We like the look, if only because the uniform colors are actually burgundy and gold. Both Mike Jones of the Washington Post and John Keim of the Washington Examiner compared it to Florida State's garnet and gold look, which we can also see.

What do you guys think?

For more on the Washington Redskins, be sure to visit Hogs Haven.