Many Redskins fans hope that Robert Griffin III will begin performing spectacular feats on the turf at FedEx Field a few months from now.

However, on Wednesday night, the Landover facility was given over to the world's brand of football, as the U.S. hosted Brazil in the second of three international friendlies ahead of the start of World Cup qualifying next week.

As the main representative of the most popular team in D.C., it was no surprise that Griffin got the VIP treatment. About an hour before the game kicked off, Griffin was invited into the U.S. locker room, where he was presented with his own customized U.S. national team jersey.

The photo is after the jump, and needless to say, we kind of want it. 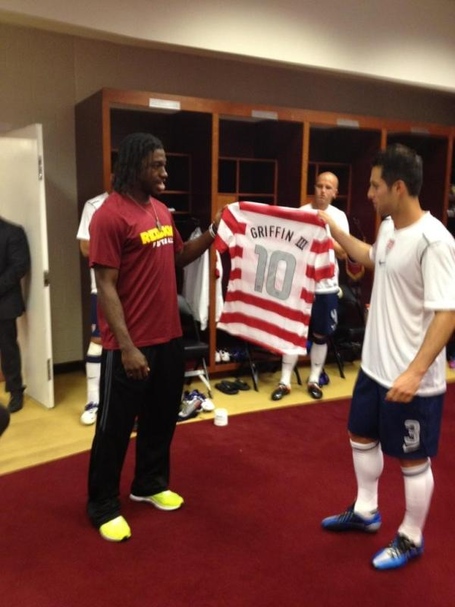 USA Vs. Brazil: Neymar Is The Star As Brazil Wins, 4-1