D.C.-based hip-hop artist Olubowale Victor Akintimehin (better known to the world as Wale), seems to have chosen Monday to make his annual appearance at Redskins training camp out in Ashburn.

We briefly interviewed Wale when he made his appearance at Redskins training camp in 2010 (aka "The Days of Big Al and Donovan") and found him to be a very pleasant individual. We can't say the same about his prognostication powers, however; when we asked him for a prediction of the 'Skins' final record, he quickly came out with "9-7."

The Redskins, you will recall, finished 6-10 that year.

Photos are below the jump. 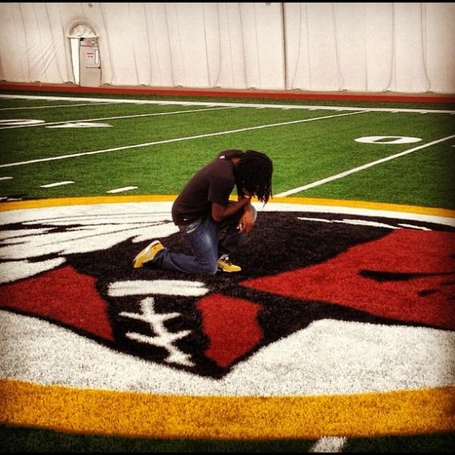 And here he is with Amber Theoharis of MASN and NBC4. Very nice photo. Smiles, everyone. 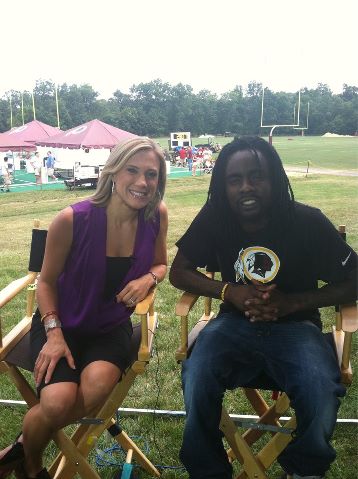