D.C. Rank and File - The Top Five Games Between Now and Thanksgiving

The home debut of John Wall is one of the top five games between now and Thanksgiving, but find out which games rank higher. There's one on here you may not expect.

Share All sharing options for: D.C. Rank and File - The Top Five Games Between Now and Thanksgiving

We got it all now. The Redskins are playing respectably. The Caps are off to a strong start, with strength at basically every position. And the Wizards get a clean start yet again, this time with an otherworldly talent manning the point. There will be lots of games worth watching in the next month, but these are the ones I am most looking forward to seeing between now and Thanksgiving.

They're not all Redskins games either. 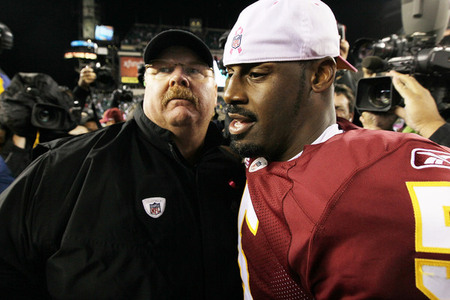 Okay, fine, the top game is a Redskins game. I almost wish it wasn't at home, so I could enjoy all the McNabb stuff they will do on TV.

But I do love a Monday Night game at FedEx Field. The tailgate is longer, the beer tastes better and the crowd is generally a lot crazier (mostly because of the first two mentioned items). I hate to play the "what could our record be when the Eagles come to town?" game, but we have Chicago, Detroit and a bye week between now and then. The Eagles have Tennessee, a bye week and Indy between now and then. Without picking wins and losses, I think it is safe to say that the NFC East will be very much up for grabs -- still -- when this game gets here.

Better yet, the Eagles will not want to be swept by Donovan McNabb. I expect Michael Vick will be healthy enough to play by then, giving America the McNabb vs. Vick showdown everyone will be dying for in Week 10. Also, while I don't like any teams from Philly, the Eagles are by far the dirtiest, crummiest, lowliest, filthiest team in my Dirty, Crummy, Lowly Filthy Rankings (followed closely by the Miami Heat, the Dallas Cowgirls and the Pittsburgh Penguins).

With the win in Philly earlier this season, I like our chances. Given the way the Redskins play every game -- down to the wire -- it promises to be yet another thriller. 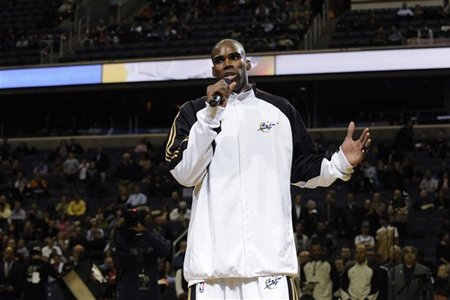 You might wonder why the season opener or the home opener wouldn't be tops on my list of Wizards games. This is game five of the regular season, and the second home game. Why not one of the first four games?

Because I want Cleveland to come into The Phone Booth -- sans LeBron James, aka LeTravel -- and take their lumps. Between these two teams, it is US that now has what looks to be the next premier talent in the league. I still hate Anderson Varejao. I still hate Mo Williams. I still can't stand Daniel Gibson. (I still love Antawn Jamison, though.) I don't care that we will be piling on a franchise reeling from the loss of the Great Crab Dribbler. I need to wash it all away with a win over Cleveland. I am very serious about this. It means something to me.

I will be there that night to do two things: Give a standing ovation to Jamison, who deserves it from everyone there that night, and cheer my guts out for a win over a team I have watched beat us too many times. 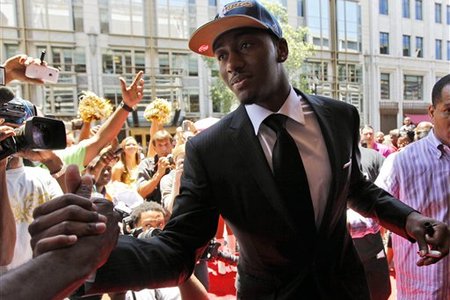 Home openers are special. Each year, the home opener for one of my teams is an event that marks the beginning of another journey I am about to embark on ... even though previous journeys have routinely ended with the kind of pain and anguish generally reserved for ceremonial castrations.

On November 2nd, us Wizards fans have the chance to establish home court advantage for the first time, and we have the chance to do it against Philly ( I think you understand how I feel about Philly by now). Andre Iguodala and Evan Turner (who ohbytheway was picked right after John Wall in the draft) aren't playing five guys; they will be facing five plus 20,000. The Wall and Gilbert Arenas Show is going to be must-see action in The Phone Booth this season, nd it all starts on the 2nd. 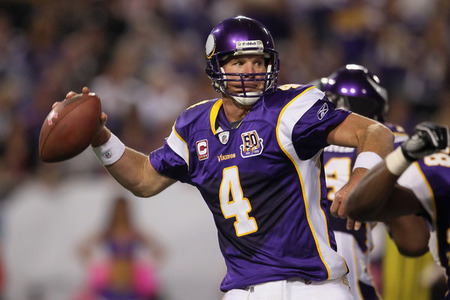 This is Thanksgiving weekend, so it just makes it in.

I have a glaring weakness: I am an unabashed Brett Favre supporter. He can do no wrong in my book. Pain killers? He must have been in pain. Retirement flip-flopping? I blame the pain-killers. Too many interceptions? The receiver should have been in the right place. Texting lewd pictures to Jenn Sterger? I can only assume he meant to send those pictures to his urologist, Dr. J. Stergerberg, and the close proximity of those names on his cell phone were to blame for the foul-up.

I don't root for anyone over the Washington Redskins, but much like this past weekend when we had the pleasure of watching Peyton Manning, I will be appreciating the life and times of Brett Favre when he comes to D.C. 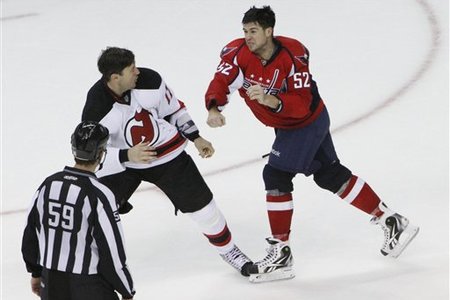 It was hard to pick a Caps game for this list. We don't play Pittsburgh for the first time until December 23rd. We don't get Montreal until December 28th. I look forward to watching the Caps every night they are on, but to me, most games are just kind of like, "Well, who are we going to spank tonight?"

The New Jersey game, though, is kind of looming out there. In the second game of the season, the Devils decided to test our manhood a little. The scoreboard told the tale of talent. The rash of fights at the end of the game set the tone for this series for the remainder of the season. I am certain that the cheap antics of a few members of the Devils at the end of the game will be remembered by our bench. As long as nobody in a Caps jersey does anything stupid inside the last five minutes of the game, I will be fine with a healthy dose of rough play.