Will Gilbert Arenas Get Traded To The Orlando Magic Soon?

Share All sharing options for: Will Gilbert Arenas Get Traded To The Orlando Magic Soon?

Put it this way: There couldn't have been a better game for Gilbert to have a renaissance performance than this past Saturday against Orlando, the only team for whom an Arenas trade actually makes sense.

And for what it's worth, if the report from Orlando Pinstriped Post comes to fruition, a deal sending Andray Blatche and Gilbert Arenas to Orlando would be an absolute Godsend. 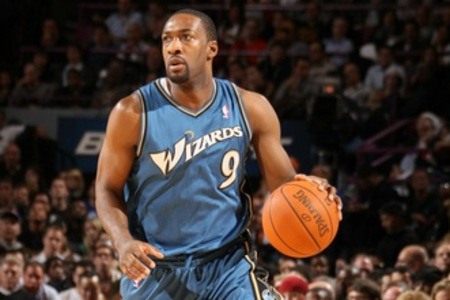 The Wizards take back Rashard Lewis and Vince Carter, sure, but it brings them a step closer to rebuilding with a foundation that actually makes sense. According to Sham Sports, Vince's deal is un-guaranteed for 2011-12, meaning his ghastly deal comes off the books after this season. As for Lewis, his deal would continue through 2011-12 at max-level salary, but by 2012-13, he becomes a trade asset, or he can be bought out for $10 million of the $22 million he's guaranteed.

Two quick points to emphasize looking at the big picture with all this:

So, in other words, we're talking about one year of Vince Carter and 2-3 years of Rashard Lewis in exchange for a do-over on the two worst contracts the Wizards have signed in five years. Wizards fans, does that sound like something you'd be interested in?