Why Can't The Washington Wizards Win On The Road?

The Wizards weren't expected to contend right away, but the team's franchise-record 12 game losing streak on the road has raised plenty eyebrows. Here are the three biggest reasons behind the Wizards road woes and how they can get on the right track.

Share All sharing options for: Why Can't The Washington Wizards Win On The Road?

The Wizards' futility has gotten tiring over the past few years, but if nothing else, they deserve credit for finding new ways to challenge the record book through their losing ways.

Two years ago, the Wizards flirted with a winless record within their own division before squeezing out a 95-93 win against the Bobcats at home in their next-to-last divisional game of the season. If not for some lousy execution by the Bobcats down the stretch, the Wizards would have been the first team to go winless against their division rivals in NBA history.

Last season, the Wizards won their first game in March on the final day of the month, beating a gimpy Hornets team to finish 1-16 for the month.

This year, the Wizards' mark of futility has been winning on the road. They're 0-12 away from the Verizon Center, good for the worst start away from home in franchise history. Sprinkled in that dozen losses are a 29 point whuppin' against the Magic, a 21 point loss in the Garden to the Knicks, a 114-83 beatdown at the hands of the Celtics and a 25 point loss against the 5-18 Kings.

The road to success is paved with humbling losses like these, but no one expected them to come this rapidly and without at least one or two wins along the way to ease the suffering. The biggest problem for the Wizards is obviously talent, but there have been other issues plaguing the Wizards during this stretch that are concerning, but fixable. 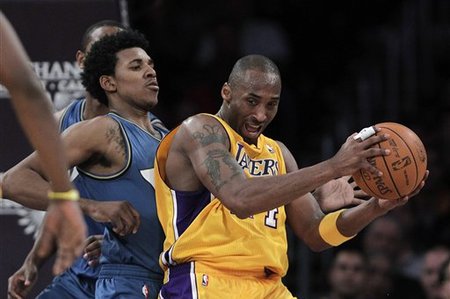 They forget to pack their defense for road trips.

Surprisingly, the Wizards offensive production hasn't differed much between playing at home and playing on the road, but the differences are glaring on the other end. The Wizards are giving up 15.3 points per game more on the road than they are at home, the biggest home-road discrepancy in the NBA. They've only held one team under 100 points on the road this season, and that was the Hawks, who scored 99 points. That's what tends to happen when you let opposing teams make 51.2 percent of their field goal attempts. Regardless of pace or offensive ability, it's hard to keep teams under 100 points when you let teams shoot that efficiently.

The biggest culprit is their inability to stop momentum-shifting runs before they get out of hand. With a crowd behind you, it's much easier to stop those quick, 6-0 runs before they turn into backbreaking 16-0 runs that put games out of reach. Over the course of 48 minutes, those cheap points teams pick up because the Wizards can't plug the leaks in their defense add up.

Let's be honest: their road games against Orlando, Atlanta (twice), Miami, Boston and Chicago were in the loss column before they got off the plane. Their games against New York and Phoenix weren't exactly games that you would put in the "winnable" section either. Once you get rid of those unwinnable games, the Wizards are only 0-3 on the road this season. That's still bad, but when you keep the focus on the games a team in rebuilding should be competitive in, it's not so bad.

The good news is that the road schedule does get better for the Wizards. Other than a back-to-back in Texas against the Spurs and the Rockets, the Wizards have some winnable road games coming up in the next month. Indiana, Minnesota and Charlotte are all games that could help the Wizards get in the win column on the road. And let's not forget the Wizards have won their last four in New Jersey, which should serve as a good omen for Thursday's game against the Nets.

Young teams struggle on the road.

What, did you think all of the struggles college players have winning on the road would suddenly go away once they hit the big time? Winning on another team's floor never gets easier. With experience, players get better at surviving the emotional boosts teams get playing on their home court, but even the best can still throw away winnable games in hostile environments. Heck, even the Wizards have a winning record at home.

You can throw out as many Norman Dale quotes as you want, but the truth of the matter is, not every court is the same. For young teams, the extra challenges they face on the road can make that rim seem like it's miles away. Just ask JaVale McGee:

The only real solution to what has ailed the team in this winless drought on the road, as well as the other failures this team has endured over the years is to ride out the storm with the young talent that has been, and will continue to be assembled in Washington. With some patience, these young Wizards will someday become the grizzled veterans who are giving someone else's rebuilding team another humiliating on the road.