Today Is National Hug Day, So Who In D.C. Is Huggable?

Share All sharing options for: Today Is National Hug Day, So Who In D.C. Is Huggable?

I had no idea until I read Andrew Sharp's piece on SBNation.com just now, but today is National Hug Day. Apparently, it's a holiday that's been celebrated every year since 1986. Who knew?

We could all celebrate by giving each other a hug about the sorry state of our professional sports teams, and we should. But there's also another question to consider: of all the D.C. pro sports athletes, which ones are the most "huggable?" This calls for a "Top 10 Most Huggable D.C. Athletes" power rankings post, immediately.

10.  Nyjer Morgan: We may not approve of your play, but maybe a good hug can calm you down and bring goofy Tony Plush back.

9.  Trent Williams: Look at him. Look how happy he is that he's paid in the NFL. How can you not hug the guy? 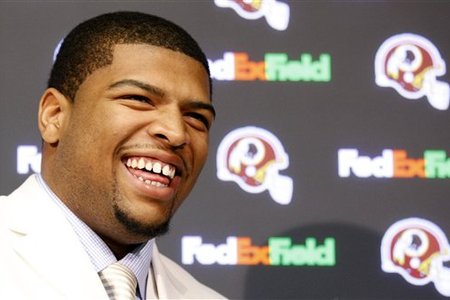 8.  Ryan Zimmerman: The best player on the Nationals, and a guy that has had to carry them in many dark times.

7.  John Wall: For being such an amazing teammate.

6.  Karl Alzner: Because "Where in the World is Karl Alzner" was really awesome.

5.  Mike Green: I can't help but laugh every time he tries to look serious, like in the below picture. Plus, he rides a vespa. 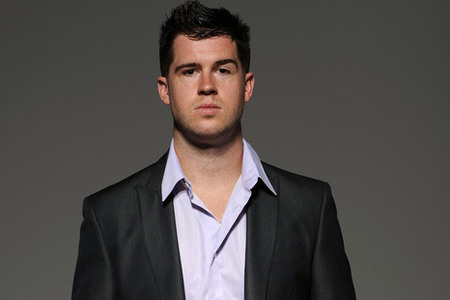 3.  Nick Young: A Wizards employee keeps telling me that Young is the best quote in all of basketball. I find that hard to believe, but all I can tell you is this: there is probably no goofier D.C. athlete out there right now. Now that he's balling, he has to be on this list.

2.  Donovan McNabb: I know you weren't very good this year, but you got beat up behind a terrible line and were jerked around by your head coach. You probably need this hug most.

1.  Brooks Laich: Come on, he changed a flat tire the night after losing Game 7 against Montreal. Who else could be one on this list.