John Wall is 20 years old, and when most people are 20 years old, they are in college and noshing on a ton of snacks. As it turns out, Wall is no exception, even though he's a 20-year-old that just so happens to be the face of an NBA franchise.

Michael Lee of the Washington Post wrote this great profile of Wall and his adjustment to living on his own over the weekend. The theme? He's still figuring it out. With a kitchen pantry full of snacks and a roommate that jokes that Wall still is learning how to do his own laundry ("He ain't do no type of laundry. He don't iron his clothes. He don't do nothing," his roommate, Ty Williams, jokes), Wall clearly is in the process of growing up. The good news is at least he recognizes the problem.

"I got all the snacks. All I do is eat snacks," Wall said, before revealing more junk food options in his freezer and refrigerator. "I don't eat vegetables. My mom got to make those."

Wall rubbed his stomach, "I weigh a lot more than when I got here. I got to work on my diet."

Wall said he considered hiring a personal chef, but decided against it for now. Here's my piece of advice, John: do it. There's nothing wrong with that.

(video via the Washington Post. Additional screenshots below the jump. HT to Dan Steinberg). 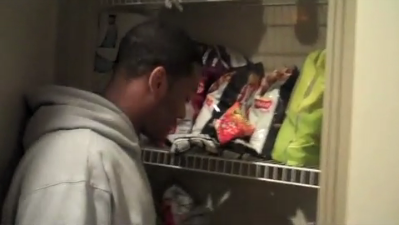 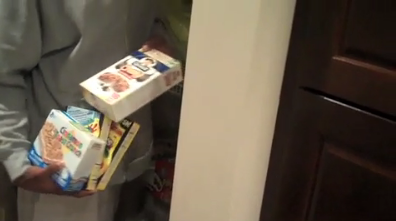 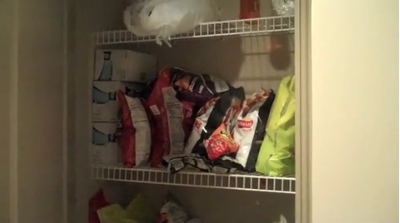