John Wall Is Getting His Own McFarlane Action Figure

Share All sharing options for: John Wall Is Getting His Own McFarlane Action Figure

Lockout or no lockout, John Wall will be getting his own action figure. McFarlane, who makes sports action figures, is coming out with a bunch of NBA ones in 2012, and Wall is one of the players featured. The others: Blake Griffin, Kevin Durant, Dwyane Wade, Derrick Rose, Carmelo Anthony and Kobe Bryant.

It's a huge milestone for Wall, so much that we cannot overstate it. Wall will follow in the footsteps of two great Wizards: Kwame Brown and Gilbert Arenas. Brown was a part of the 2002 collection, while Arenas received one in 2007. Photos of those are below the jump. Photos of Wall's action figure are not available yet.

(Hat tip to Evan Dunlap, who knows more about these than I ever will). 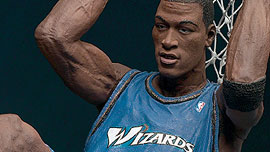 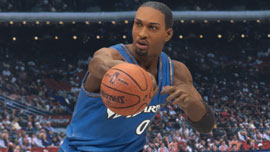