Nick Young and JaVale McGee are professional basketball players who are currently unable to play due to the NBA lockout. Therefore, they have decided to purse a second career as freestyle rappers who barnstorm at Benihana restaurants across the country. Here, they put their skills to the test in front of a bunch of friends and a random couple who keeps asking them to start rapping about the lockout.

There's so much comedy gold in this video. A few things below the jump.

The video begins with Young rapping, which is funny, but not over-the-top funny. But then, McGee takes the mic in this outfit, and all hell breaks loose. 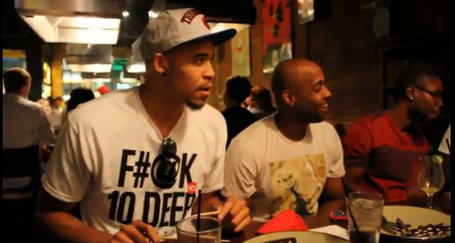 McGee slips on his shades and begins his routine, looking at his phone. He eventually starts gesturing towards his group, pointing at them and others in the restaurant. 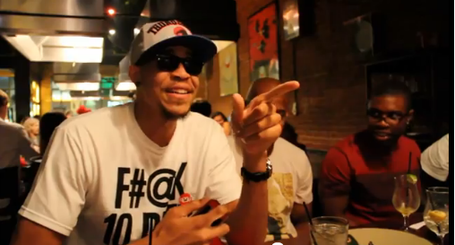 Eventually, he looks at a couple on another table and shouts that there's "another DJ" in the building. The man then asks McGee to rap about the lockout, and McGee responds with the line of the video.

The man is silenced, and comedy gold is achieved. D.J. JaVale got in one more monologue and metaphorically dropped the mic. Well done, JaVale. Well done. 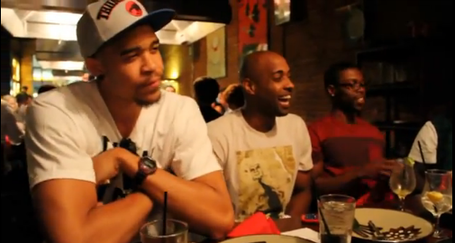