Share All sharing options for: NBA 2k12 Legends Pack Allows You To Play With Gheorghe Muresan!

The best part of the best video game on the planet in NBA 2k12 is the ability to play with classic teams and players. Now, you can play with even more, thanks to the latest Legends Showcase update the game is selling for the holidays. Forty-five classic players of all ranges of abilities have been added to the game, and that includes three classic Washington Bullets players.

Two are obvious: Wes Unseld, arguably the greatest player in franchise history, and Elvin Hayes, who helped lead the Bullets to the 1978 title and was Unseld's running mate throughout the mid-70s. The other? Yup, it's Gheorghe Muresan. 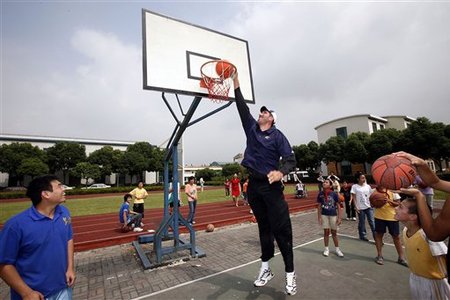