Nets Vs. Wizards: A Sampling Of Player Tweets After A 90-84 Defeat

Share All sharing options for: Nets Vs. Wizards: A Sampling Of Player Tweets After A 90-84 Defeat

The Washington Wizards are a mix of interesting, unique personalities. Nowhere is that more true than on Twitter. Here's a sampling of all the different player tweets following their 90-84 loss to the New Jersey Nets on Monday night, a game in which they blew a 21-point lead. 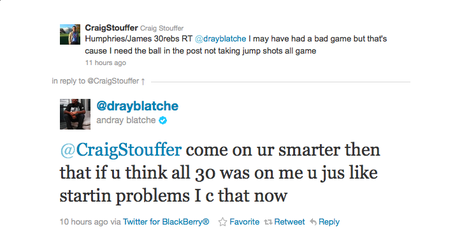 JaVale McGee was, as usual, a man of few words. 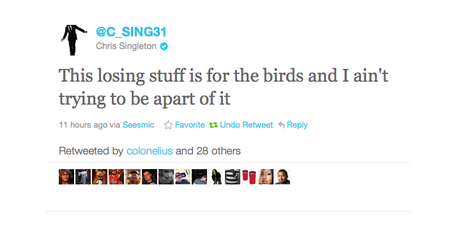 Nick Young's just happy the fans supported him, even though they really were cheering for free Chick-Fil-A. 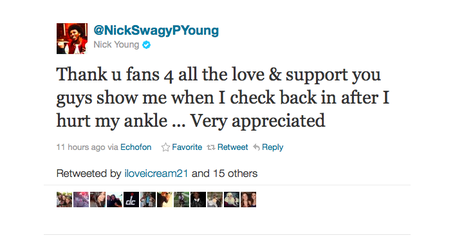 John Wall and Jordan Crawford? Nothing. They use their Twitter accounts for other things, clearly.

For many athletes, Twitter has become a place where they can put out the message they want to put out. It's not exactly "real." For the Wizards, though, their tweets are who they are. The aftermath of Monday night's loss to the Nets just proves that.