It's no surprise to see Washington Wizards star John Wall in Lexington to watch his Kentucky Wildcats take on North Carolina. It is a surprise, though, to see him watching like this. Maybe he has a vision problem we don't know about. Maybe he lost a bet. Maybe he thinks the look he showed off was actually stylish. WE DEMAND ANSWERS.

Anyway, CBS' cameras at this game just showed Wall chatting with former teammate DeMarcus Cousins while wearing oversized green glasses. In that image, Wall was completely serious, as if he saw nothing goofy about his own look. Luckily, though, there's another shot of Wall actually smiling and enjoying his wacky look.

Screenshots of both are below the jump. 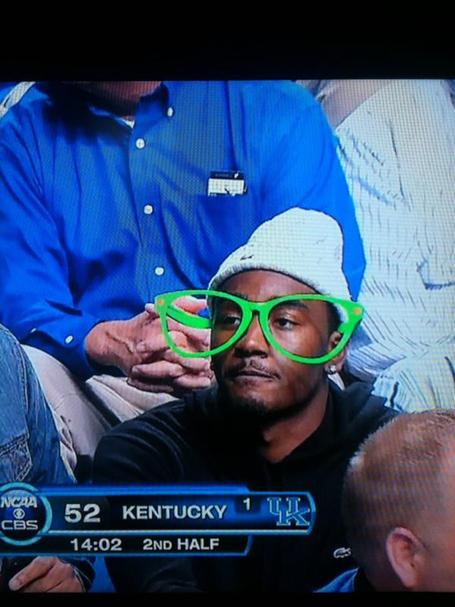 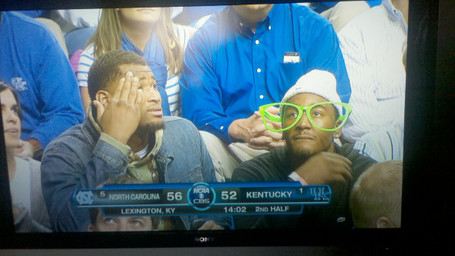 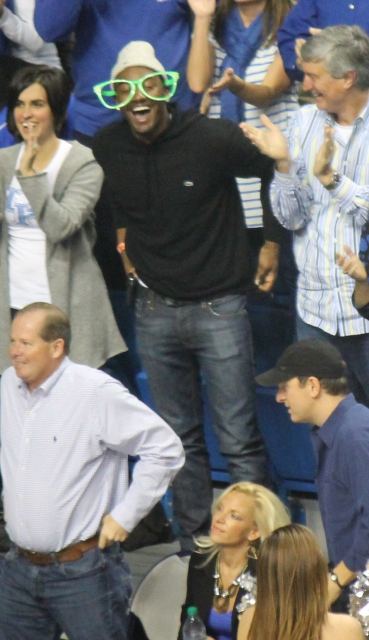 From the looks of these pictures, it looks like Wall's just being goofy. Good for him.

For more on this game, visit A Sea of Blue and Carolina March.