The Wizards have a lot of athletes on their team, or at least they like to think they do. JaVale McGee is in the dunk contest, John Wall's speed needs no introduction and Trevor Booker is showing he's quite the athlete too. But it wasn't one of those three players that had what was probably the Wizards' dunk of the year this season.

Instead, Al Thornton came through with that vicious tomahawk jam over Zaza Pachulia on the fast break in tonight's Wizards-Hawks game. Kirk Hinrich elected to not throw McGee the lob, instead hitting the trailing Thornton, and Thornton did the rest.

Well, then the bench did the rest, celebrating as if they won Game 7 of the NBA finals. Of particular note: Cartier Martin, who ran up and down the bench to get high-fives (not pictured); Josh Howard, who has the biggest smile one could imagine; and Kevin Seraphin, who just looks confused. There's also the fact that Thornton immediately looked up to admire his dunk on the ensuing possession. Either way, few teams are more entertaining when they celebrate dunks than the Wizards. 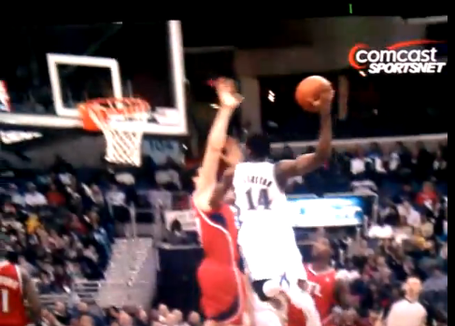 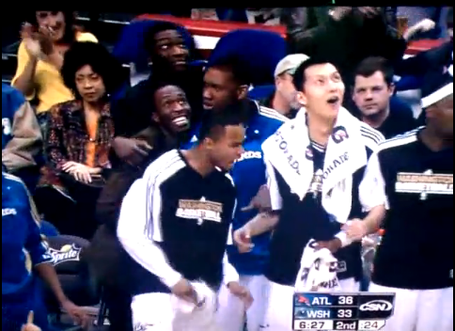 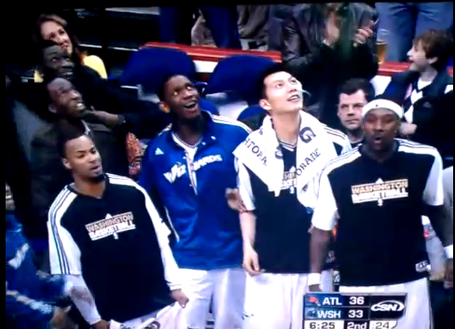 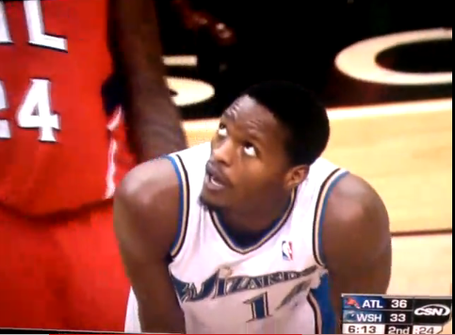