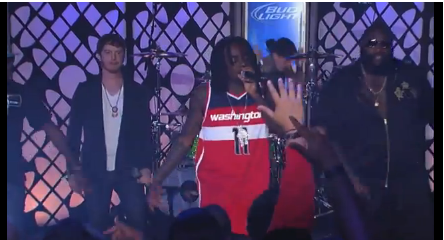 The new Washington Wizards jerseys made their pop culture debut on Wednesday night. That's Wale rocking the road red jersey during an appearance on Jimmy Kimmel Live with Maybach Music Group featuring Rick Ross. Wale is a Washington D.C. native, and while he has sometimes rooted for other teams, you know he's a Wizards fan at heart. So it only makes sense for him to be the person to push the new Wizards jerseys into the public eye.

The attire allowed Wale to completely stand out among everyone else on stage, which probably explains why he did it. Initially, he wasn't too keen on the new look, but now that he can use it for his own interests, I guess all that is forgotten. Either way, I'm sure Ted Leonsis and company is thrilled that the new colors that they worked so hard to push out quickly are getting play on national television.

More photos and video below the jump. 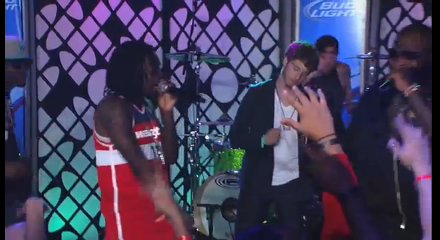 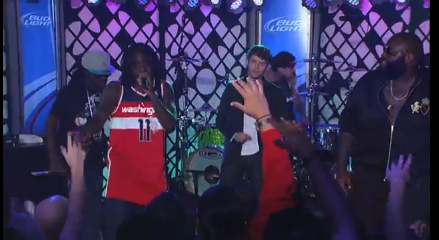 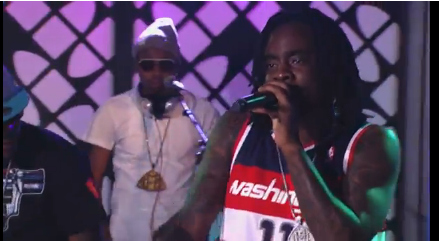