As soon as you heard the horrible news that former Wizards guard Javaris Crittenton is wanted for murder, you probably were curious how Gilbert Arenas would respond. Arenas, of course, was involved in a dispute with Crittenton where both men brought guns into the Wizards' locker room in 2009. Both players were suspended for the season, and Arenas' reputation took a major hit.

Arenas is never one to stay quiet, but this time, he showed a little restraint. 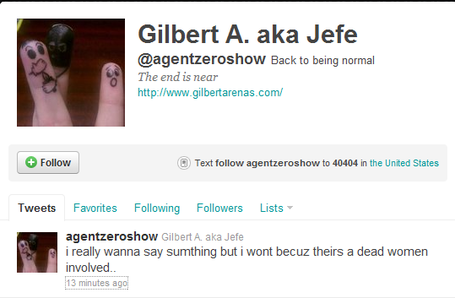 He eventually deleted that tweet, but SBNation.com's Brian Floyd was able to preserve it.

As with everything Arenas does, you have to wonder if his restraint was genuine or whether he was searching for attention in some way. It's a safe guess that it's the former, but you never know. Either way, it would certainly be natural for Arenas to still have some resentment towards Crittenton based on how the 2009 gun incident went down.