The Dallas Mavericks, winners of the 2011 NBA championship in a series that seemingly happened forever ago, visited Barack Obama and the White House for the customary 10-minute victory speech. This particular White House visit was marred by turmoil (Mark Cuban's angry words about the league not scheduling the Mavericks to visit the Wizards), bizarre statements (Delonte West went off on Twitter because a weapons charge prevented him from joining his teammates) and general hilarity (Cuban saying he'd show up in jeans), but it happened and there were no hitches.

That is, unless you count Ian Mahinmi's outfit. Video and photos below the jump. 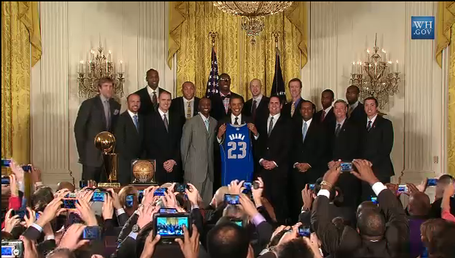 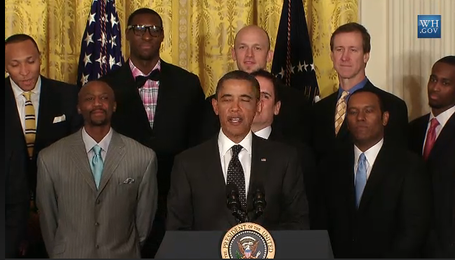