Share All sharing options for: PHOTOS: Bradley Beal Goes To The Wizards

Well, it was touch-and-go stuff in the last couple of days, but ultimately the Wizards got the guy they wanted as Florida's Bradley Beal was right there, waiting for them at the No. 3 spot.

There's going to be a lot written and said over the next few days about what Beal's selection does for the Wizards, either as a possible playoff contender or even as the next "young team to watch" in the NBA.

But that can be for the future. Just know that for the second time in the past three years, Wizards fans, by and large, feel good about who they picked in the draft. And that's worthy of being celebrated. 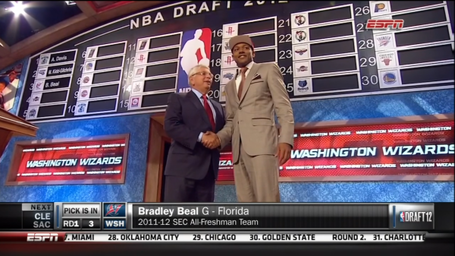 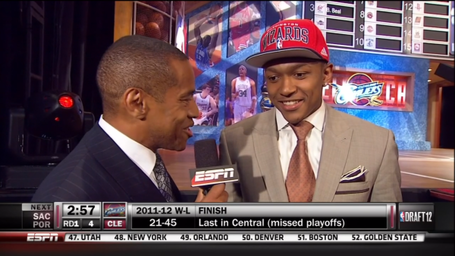 Welcome to DC, Bradley. We think you'll like it here. Just keep out of the clubs until you're legal and keep away from this dude called Andray. We'll point him out to you, don't worry.