The Wizards are in Las Vegas for the NBA's Summer League, which kicked off Friday. One of the players who has had a particularly up-and-down time of it is Chris Singleton. Here's a sampling of our own Mike Prada's notes on him through Washington's first three games.

From Friday: "It was nice to see Singleton be more aggressive driving to the basket and trying to finish. It didn't always work, but he played with more strength in the second half."

From Saturday: "Chris Singleton was active even if his shot wasn't falling."

From Sunday: "Not in love with the way Singleton started the second half. He shut down after a pick and roll offensively when he should have rolled, then threw a bizarre behind-the-back pass in the paint that went out of bounds. He also too often waited to react on the help side defensively until the ball is coming. He should be anticipating the action and cutting it off instead of thinking his athleticism can make up the gap."

It's OK, Chris. There are still two games left for you to make a mark in. And you'd do it in such fabulous shoes, too. 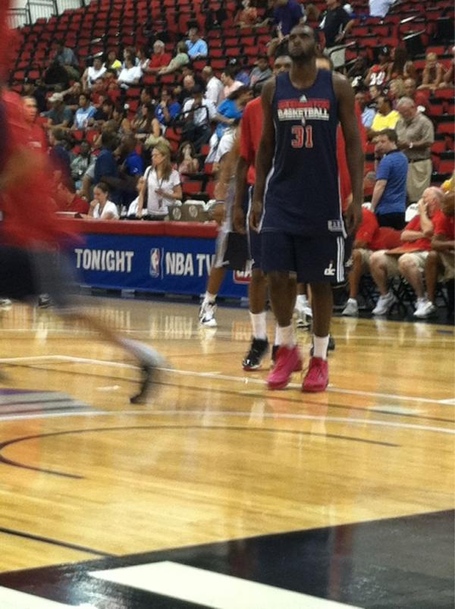 John Wall on Chris Singleton's footwear: "Those are cancer shoes. They're like pink and red. I don't know about those." #Wizards